The Young And The Restless (Y&R) Comings and Goings: Meet Ptosha Storey, A Newcomer About To Shake Up Genoa City 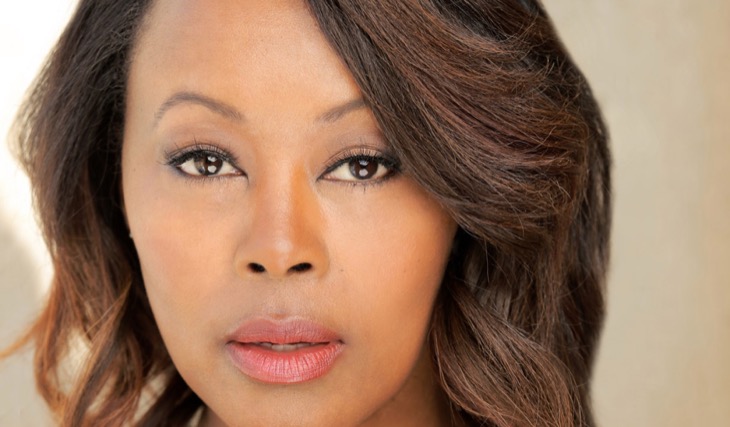 CBS The Young and the Restless spoilers divulge that a newcomer is about to shake up the status quo in Genoa City, Wisconsin. The newbie is Naya Benedict, played by Ptosha Storey. Naya is Amanda Sinclair’s (Mishael Morgan) long-lost biological mother and as such is a mystery that complicates Amanda’s life.

It wasn’t until recently that fans and Amanda learned that there is a very good reason why she is a dead ringer for Hilary Winters—they are twins! Even though everyone told her about her resemblance to Hilary, Amanda had no reason to believe they were related. Until she took a DNA test which confirmed the fact that she is Hilary’s twin. It took a while, but Amanda finally tracked down her biological mom, and in a fantastic cliffhanger episode, she watched in shock as her mom opened the door to yet another sister she knew nothing about.

Storey is a daytime newcomer but she has an extensive resume. She starred on Empire and in a recent interview with Soap Opera Digest she dished that she also has upcoming primetime projects. “I’m a series regular on a show called The Oval by Tyler Perry that’s on BET,” and she just finished an episode of S.W.A.T. She said she has known Y&R alum and S.W.A.T. star Shemar Moore (Malcolm Winters) for a while, as they were in the same acting company at one point.

Y&R Spoilers – What Is The Story With Naya Benedict?

As it turns out, Storey’s mom is a longtime Y&R fan and she recalls her stopping everything to watch the show when it came on. She said that when she told her mom about her Y&R gig, she started crying and added, “this is really a beautiful celebration for me.”

According to Storey, she tried not to be starstruck by the actors she and her mom have watched through the years, but in some cases, it was difficult, like with the legendary Eric Braden who plays Victor Newman.

Storey describes her character as an elite and honorable woman who has made some mistakes along the way. “We all have skeletons in our closets,” she says, “and Naya has been given the opportunity to reckon with her skeletons.”