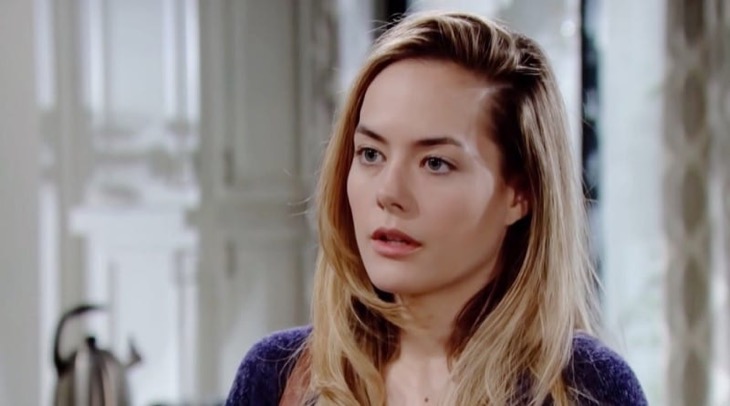 The Bold and the Beautiful (B&B) spoilers reveal that in Los Angeles Hope Logan (Annika Noelle) is kind to Thomas Forrester (Matthew Atkinson) despite his history. Her compassion will be contagious and Brooke Logan Forrester (Katherine Kelly Lang) will make a shocking move. She decides to give the villain a chance and invites him to move in as he recovers from brain surgery.

The Bold And The Beautiful Spoilers – Hope Logan’s Compassion

B&B spoilers reveal that Thomas is shocked by how compassionate Hope has been since his medical crisis. He knows that he has done some cruel and terrible things that caused her a lot of pain. This includes letting her believe that Beth Spencer (Madeline Valdez and River Davidson) was dead for nearly an entire year. Thomas is aware that most people would keep their distance or even say the hematoma was karma. However, Hope hasn’t done that at all. In fact, the villain is in awe of Hope’s compassion during all of this.

During the week of December 28, Thomas will be well enough to go home from the hospital. He gets a ride from his sister, Steffy Forrester (Jacqueline MacInnes Wood). He assumes that Steffy is driving him home, but instead, they pull up to the house belonging to Brooke and Ridge Forrester (Thorsten Kaye). Thomas asks if they are stopping by for a visit. He is completely unaware of what they are really doing there.

The Bold And The Beautiful Spoilers – Brooke Logan Forrester’s Offer

The Bold and the Beautiful spoilers reveal that Ridge has been worried about Thomas being by himself while he recovers from brain surgery. Brooke knows how much Ridge loves his children. She is also aware that Ridge would prefer Thomas to stay with them, but there is all that bad history. So, the decision is left up to Brooke and she takes her time thinking about it.

There have been multiple times in the past when Thomas claimed he was over his obsession. Nearly every single time, Thomas’ loved ones were hearing the right words and seeing the right things. There were really only two people who always knew Thomas hadn’t changed. One was Liam Spencer (Scott Clifton) and the other one was Brooke. In the past, she would have immediately said no. But something is different this time. Something has happened to really make Brooke think about this carefully.

Brooke stuns Thomas by asking him to move in with them until he recovers. He can’t believe what he is hearing. The villain is aware that the offer does not mean Brooke trusts him around Hope or has forgiven him. But for the first time, she is opening the door to the possibility. It is teased in Soap Opera Digest that it gives Thomas hope that it is possible for people to forgive him for everything he’s done. At the same time, forgiveness doesn’t come free. Could Thomas actually do the hard work to prove he’s a different man?

The Young And The Restless (Y&R) Comings and Goings: Meet Ptosha Storey, A Newcomer About To Shake Up Genoa City