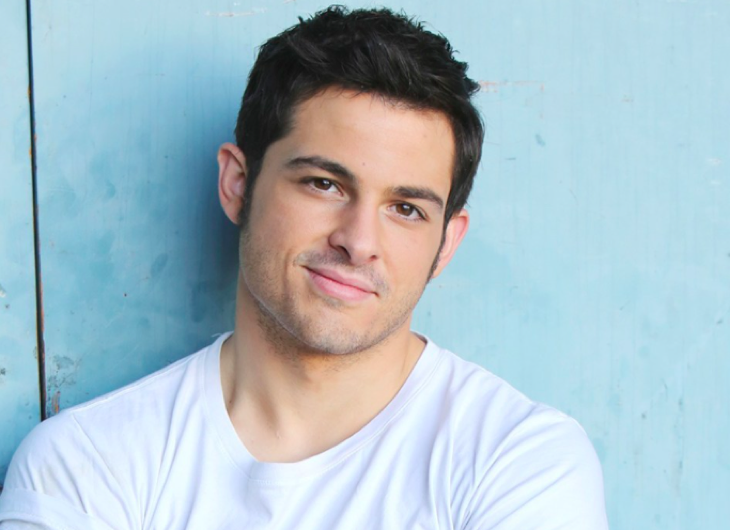 The Young and the Restless alum Zach Tinker is listed among the cast for an upcoming series according to IMDB.

Tinker is set to play the role of Keith along with Sabrina Haskett who plays the role of Hazel Rybicki in the upcoming series called Happy Hazel.

A synopsis written by James Shores states, “with over 11 Million subscribers and 3 billion-plus views and counting, HappyHazel is always on, and always ready to make someone happy. But when the camera is off, Hazel Rybicki is becoming a stranger in her own life, that is until she finds the one guy who’s never heard of her – and keeps away from all things internet – drive-thru worker Keith (from Ohio).”

Shores holds the writing and directing credits for the upcoming series. Details thus far are limited but IMDB reveals that it will run for 13 minutes. It went into pos-production in April of this year. We are assuming that while other shows’ production may be greatly affected the pandemic, with Happy Hazel already in post-production there could be updates regarding its release in the near future.

Producers for the series are; Shores, Scott Swofford, and Terri Pappas. The cast is short which means that this new series could be a very short one. As for where fans would be able to watch it, details are not revealed. Radiant Studios is the production company attached to the series. A web site was added to the IMDB page but when we go there it reveals it will be launching in June 2020 so please stay tuned for more than.

Y&R Spoilers – Zach Tinker Has A Number Of Projects

Tinker recurs on The Young and the Restless as Fenmore Baldwin. He took over the role of Max Ehrich who is now dating Demi Lovato.

Tinker outside of Y&R keeps himself pretty busy. He remains connected to the show as he is dating one of his co-stars. Tinker and Cait Fairbanks also called Ginesse (Tessa Porter) are dating in real life.

Tinker is listed for a number of series role. He has a number of projects on the horizon. Some of which he has already completed production. We are your trusted source for soap opera news, so we do plan on bringing you the necessary information regarding his other gigs as soon as more information is unveiled. Please check back our website to get the latest on Tinker’s projects and so much more right here.

General Hospital Spoilers: Nina Is Kinder To Nelle Than To Willow – Subconscious Revealing They Are Related?