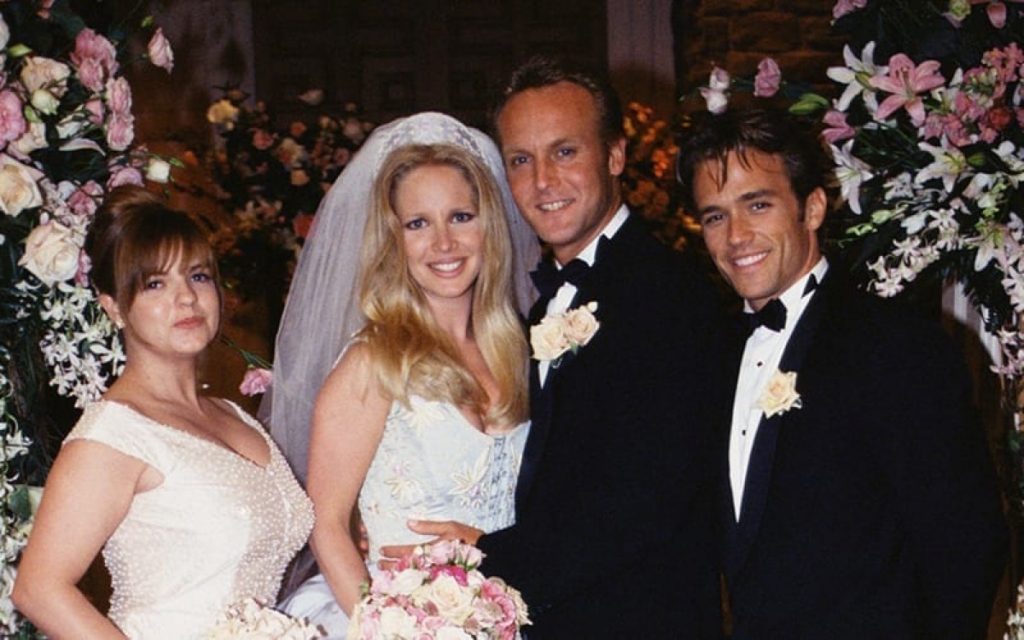 “The Young and the Restless” will air reruns of past episodes and this week’s #FlashbackFriday will feature Christine Blaire (Lauralee Bell) and Paul William’s (Doug Davidson) honeymoon in Nevis back in 1996. The soap is reairing classic episodes after running out of new ones after its production was halted due to the coronavirus pandemic.

In an interview with TV Insider, Bell and Davidson take a trip down memory lane. The actress admitted that she watched the episode before it’s aired on Friday, April 24. Meanwhile, Davidson confessed that he hasn’t seen the episode at all.

When they filmed the episode, Bell explained that going on remote to film the scenes set the tone for romance. It usually involved special events and that’s why Davidson considered it as a fun experience.

Lee recalled that she only worked three days out of the week that they’re in Nevis so she had the opportunity to have fun.

“I remember there was a group dinner. Doug and I were on a race the whole time and we really got sunburned! It’s all fantastic but there are some funny things – like sand blowing into the pineapple you’re feeding each other,” she said.

The Young and the Restless Spoilers: Adam’s Run Short – His Vegas Shenanigans Catch Up To Him https://t.co/wucpHa3rML pic.twitter.com/HYZnlCi4NO

Looking Back At Their Arch-Nemesis, Phyllis

Viewers may recall that the couple had to go through hoops before they ended up at the altar. One of the challenges they had to face was Phyllis Summers (Michelle Stafford), who tried to run them over with a rental car. What the couple didn’t know during their time at Nevis was that Phyllis was also vacationing on the same island. She made a last-ditch effort to ruin to upset Paul and Christine’s romantic trip by leaving a “wedding gift” on their hotel bed.

Bell said that Phyllis did a lot of things to her and Davidson’s character. But there was one incident that when they were filming on the island that could have been used for the episode. Unfortunately, the footage was too far away and blurry.

“when Paul and Christine were set to do a romantic ride along the beach on horses. My horse bucked me and I did a full flip in front of it!,” Bell said.

“It ran away and turned around as if to charge at me. Then, it headed to the water. The handlers believed it was a bee sting that cause the horse to react that way,” she explained.

Meanwhile, Davidson chimed in and jokingly said, “I thought I’d married Phyllis Diller there for a moment!”