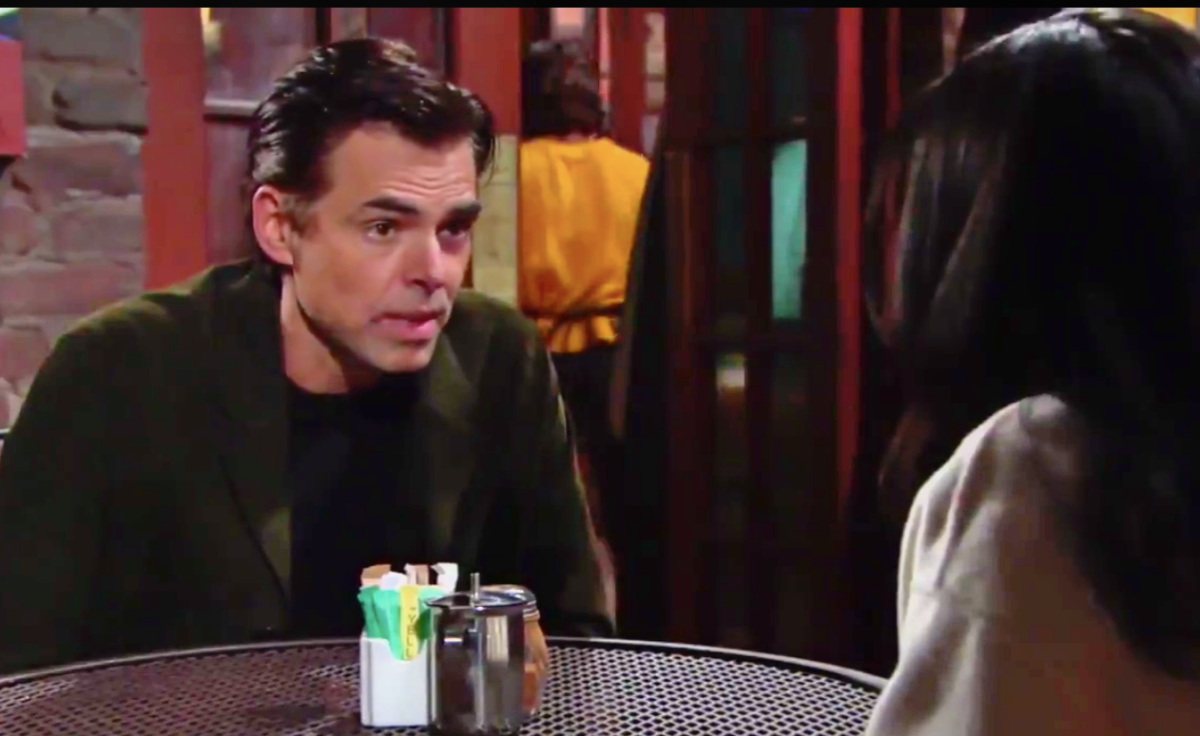 The Young and the Restless spoilers indicate that Billy Abbott (Jason Thompson) will seek Amanda Sinclair’s (Mishel Morgan) help in getting custody of his kids.

Billy and Victoria Newman’s (Amelia Heinle) latest split isn’t amicable. Concerned about Billy’s behavior, Victoria didn’t allow him to see the kids at first, but now she’s coming around to letting him spend time with them. However, Victoria has set some ground rules for Billy when it comes to Johnny Abbott (Holden and Ryan Hare) and Katie Abbott (Sienna Mercuri).

One of Victoria’s rules is that she doesn’t want the kids around Amanda. Billy is angry with Victoria for trying to dictate his life, and keeping the kids away from him.

With tensions continuing to rise between the exes, it looks like a custody battle could be brewing.

In order to get custody of his kids, Billy will turn to Amanda for help.

Amanda’s a good lawyer, and she helped Nate Hastings (Sean Dominic) get his medical license back. Billy feels that he can trust Amanda and if anybody can help him, it’s her.

Young And The Restless Spoilers: But Will Amanda Sinclair Help Billy In His Custody Case?

Amanda considers Billy a good friend and he’s helped her regain her confidence after the incident with Ripley Turner (Christian Keyes). However, like Victoria, Amanda is also concerned about Billy’s reckless behavior. She knows he likes to drink and gamble, but his behavior is becoming more dangerous. She’s already bailed him out after a bar fight, and recently she was horrified when he crashed his sports car into a tree.

Amanda knows how important Billy’s kids are to him, yet she feels that with his reckless behavior he could be a danger to his children. She’s going to be left with a tough decision, and even though it may end her friendship with Billy, Amanda will have to turn him down.

She knows Billy’s going to be furious, but she’ll have to get him to see her point of view. She cares about Billy, but she also cares about the safety of the children. As long as Billy continues his path of self-destruction, not only is he hurting himself, but everyone he loves.

The Bold and the Beautiful Spoilers: Thomas Proposes To Zoe – Will She Realize She’s Being Used?