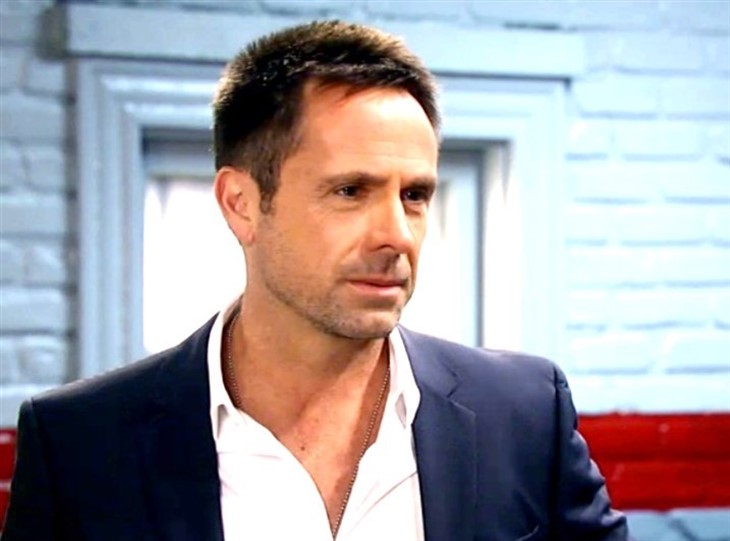 ABC General Hospital spoilers and updates reveal while there might be a few fans out there saying he should go, there are plenty more saying he should stay. Of course, we are talking about GH actor William deVry (Julian Jerome). Here are five reasons why he needs to keep the drama coming in Port Charles.

#1 Everyone Loves A Reformed Mobster

While Julian has been doing everything he can to try and turn his wrongs into rights, it hasn’t always worked out to his favor. But we are not here to judge him for that. As much as Julian is trying to reform his ways, the mobster in him always ends up coming out one way or another, and that’s what keeps us tuning in for more.

#2 The Chemistry Between Julian Jerome And Alexis Davis

Let’s face it: if there’s one thing that fans absolutely love seeing whenever they tune in to General Hospital, it’s the dynamic chemistry between Julian and Alexis Davis (Nancy Lee Grahn). The two have always been, and will always be, hot for one another. And should Alexis not be around to take any of Julian’s phone calls, there is always Britt Westbourne (Kelly Thiebaud), who would surely jump into bed with him, right?

#3 He Will Always Try To Take Down Sonny Corinthos

While there is no doubt that it will always be up to Sonny Corinthos (Maurice Benard) to rule, and ultimately control, the streets of Port Charles, there will also always be other people who will try to bring him down. As a matter of fact, General Hospital spoilers also tease that Julian is hoping to tram up with Cyrus Renault (Jeff Kobler) to make that happen.

Sure, this can be debating to the moon and back, but there are very few people out there that would argue that Julian Jerome isn’t the sexiest man in Port Charles. Each time Julian takes his shirt off, we almost feel like calling the Port Charles Fire Department.

Not only is he funny, witty, handsome, kind, open-hearted, talented, and sometimes opinionated, but there’s also no one like him. There’s simply no one that can compare to the one, the only, William DeVry, and we are hoping that he stays put in Port Charles for as long as possible.