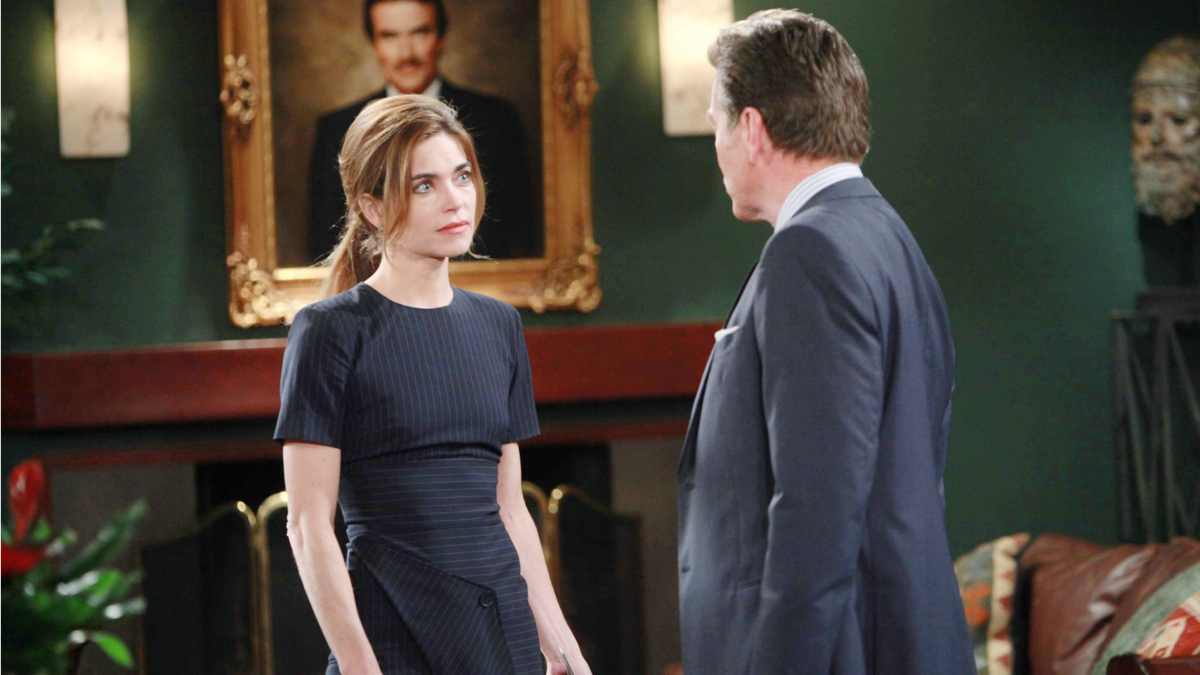 The Young and the Restless rumors indicate that Victoria Newman (Amelia Heinle) will seek comfort from her ex brother-in-law Jack Abbott (Peter Bergman).

Victoria and Billy Abbott (Jason Thompson) recently ended their marriage. The reason for their split was because of Billy’s reckless behavior and his friendship with Amanda Sinclair (Mishel Morgan), whom Victoria believes is sleeping with Billy.

Victoria loves Billy, but his behavior became too much for her. Even though they’re separated, she’s concerned about her ex.

Billy’s older brother Jack is also concerned with his behavior. Jack loves Billy, but he knows his brother can do stupid stuff.

While Billy is off living his life to the fullest, Victoria is struggling with work and being a mom to their children. Jack knows Victoria is going through a rough patch thanks to Billy. After learning about the couple’s split, Jack visited Victoria and offered his support.

Young And The Restless Spoilers: Victoria Newman Already Has The Support Of Her Family

Victoria already has the support of her family, but she’s also going to need a friend to lean on. Jack has always been a good friend to Victoria and the two of them will be spending more time together as they discuss Billy’s latest antics.

As Jack and Victoria’s meetings continue, could this lead to a possible romance between the two?

Jack is single and has been for a while. Y&R fans are wondering if he’ll ever find another love interest. Victoria is also single and even though it appears she has no interest in dating, she probably will before too long.

The Young and the Restless Spoilers: Phyllis Gets Involved In Major Drama – Adam And Chance Targeted https://t.co/h2vtybIGiv pic.twitter.com/G5a5jUjSfT

Y&R Spoilers: Will Victoria Newman And Jack Abbot Have A Romance

A Victoria and Jack romance may be met with mixed reactions from viewers, but it’ll bring lots of drama on the show. First off, Victoria’s dad Victor Newman (Eric Braeden) won’t be happy with his daughter dating his longtime business rival.

As for Billy, he’s also not going to be pleased with his ex-wife involved with his brother. He’ll feel like the two have betrayed him, and this could lead to further recklessness from him. Billy and Jack’s bond was already broken once when Billy slept with Phyllis Summers (Michelle Stafford). Now the brothers could once again be fighting over a woman.

Do you think Jack and Victoria should be paired romantically?