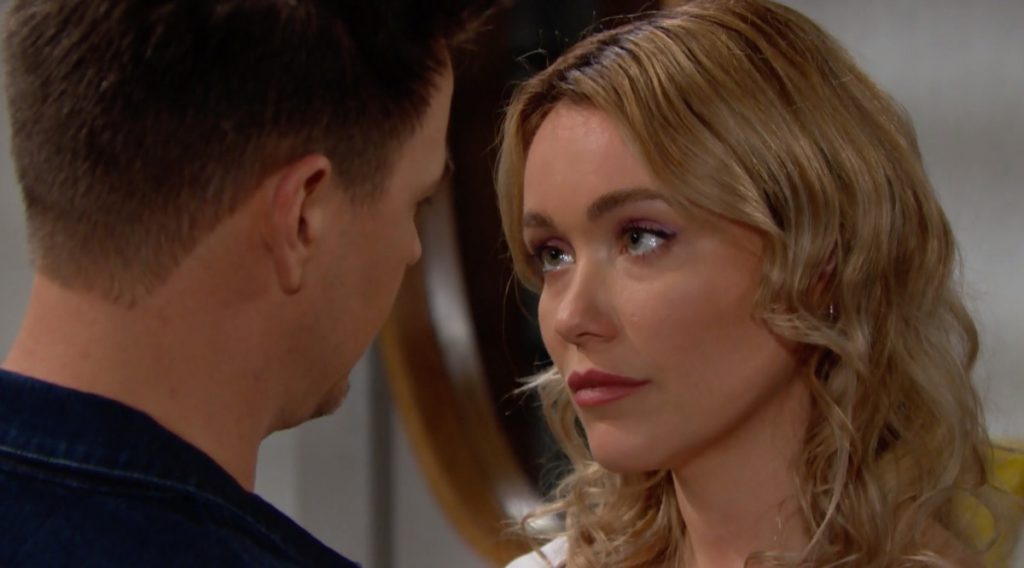 The Bold and the Beautiful spoilers tease that Flo Fulton’s (Katrina Bowden) decision to allow Wyatt Spencer (Darin Brooks) to spend as much time as he needs with Sally Spectra (Courtney Hope) is heartfelt. But that choice also creates an opportunity.

Wyatt was told by Katie Logan (Heather Tom) that Sally has approximately a month to live, which is less than that a week after the reveal. While the condition of Hope’s character appears dire, an extension of her life, via medicine, a radical treatment, or even a total cure remains possible.

Like Wyatt, Flo is presuming that Sally won’t be around by the time spring arrives. It would be great if a miracle allows her to survive. Yet, what happens in that seemingly unlikely instance? 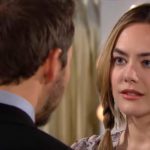 Bold And The Beautiful Spoilers – Guilt Driving Desire To Be Present

Obviously Wyatt is going to admit, either voluntarily, or through pressure, that he’s become aware of Sally’s diagnosis. But his underlying feelings will surely be questioned when that happens.

While Wyatt cares about Sally, he loves Flo. That’s why he returned to her twice since she moved from Las Vegas, Nevada, to Los Angeles, California.

Sally knows that she was Wyatt’s second choice. He chose to end their relationship a second time, even though he couldn’t cite a negative action Sally took in the second instance, as he did in the first. That seemed to confirm Wally was never anything more than a lesser connection.

Bold And The Beautiful Spoilers – Flo Fulton Gambling On The Past

Wyatt and Flo were high school sweethearts long before the audience knew about either of them. Brooks’ character was introduced in 2013, with Wyatt’s last name being Fuller at the time. He came to know that his father was Bill Spencer (Don Diamont), as part of a lengthening of that character’s backstory. Quinn Fuller (Rena Sofer) was introduced during the same year.

Flo’s arrival last year, along with that of her mother, Shauna Fulton (Denise Richards), served to lengthen the backstories of Wyatt and Quinn, with resulting storylines including verbal recollections that provided viewers with details they hadn’t known.

Bowden’s character believes that she and Wyatt are solid, which is true. But Wyatt’s connection with Sally will surely deepen immeasurably in the short-term. If she survives, there’s no way to predict what results.

The Bold and the Beautiful Spoilers: Thomas Proposes To Zoe – Will She Realize She’s Being Used? https://t.co/zd1gmwXxw5 pic.twitter.com/RmNNOmiQSG

Bold And The Beautiful Spoilers – Sally Spectra Is Resilient

Sally wanted to go out on her own terms. That’s why she insisted Katie tell no one.

B&B fans weren’t surprised that Katie felt compelled to inform Bill and then Wyatt. She made the right choice in both instances.

As Wyatt stressed to Flo, Sally is a fighter. He can’t believe that she’s expected to die and understandably feels that he must be with her during these last weeks of her life. Flo’s on board because she has compassion for Sally and believes this unique situation isn’t a threat to her revived relationship with Wyatt.

Viewers know that all is possible in the soap world. If Hope is leaving the show, then tear-jerker scenes will soon follow. But if this actor remains part of the cast in her current role, then Wo could easily be jeopardized by the potential of a Wally reboot.