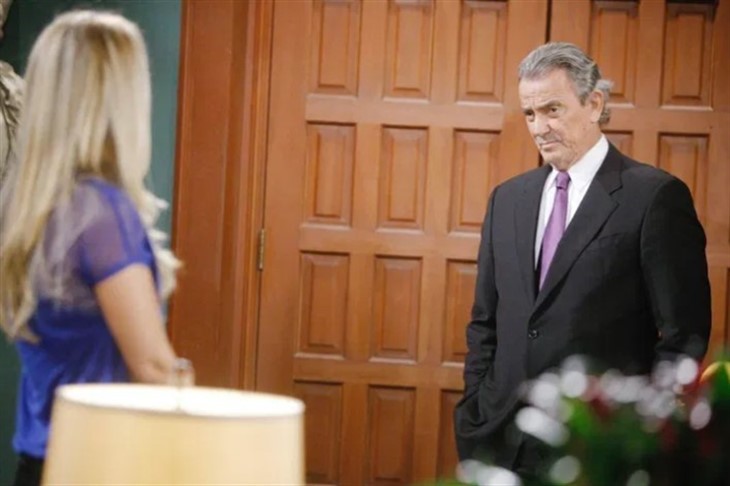 The Young and the Restless spoilers tease that in Genoa City, Wisconsin Sharon Newman (Sharon Case) may be poised to step back in and help where Adam Newman (Mark Grossman) is concerned. As Y&R viewers know, Adam has been on a whirlwind emotional rollercoaster lately. First, he kidnapped Chelsea Lawson (Melissa Claire Egan) when she discovered his plans to sabotage Newman Tower, then he started “seeing” Young Adam (Dane West) and interacting with him as if he were real.

It was all pretty disturbing to watch, but now Adam claims that he’s seen the light and he’s begging Chelsea to take him back. What Adam wants seems to change from day to day, but the underlying current is that most of what he wants is seriously messed up – to the point where it seems that he may need some rigorous mental health treatment, and it seems that Victor Newman (Eric Braeden) may soon realize that.

The Young And The Restless Spoilers – Victor Newman Planning Intervention

As Y&R viewers know, Victor got very serious when he leaned from Paul Williams (Doug Davidson) about how Adam had the schematics for Newman Tower on his laptop. Victor seemed to realize pretty quickly that Adam had intended to do serious harm to his family when the Newmans were gathered in the CEO office for Adam’s family intervention. Now it seems that Victor might plan another type of intervention for Adam – perhaps a mental health intervention.

Y&R spoilers say that Victor will soon seek Sharon’s help, and we can imagine that this will probably have everything to do with Adam and his state of mind recently. Of course, Sharon has sworn off trying to fix or help Adam going forward, but when Victor comes calling and he shares what Adam was about to do to his entire family, Sharon may think that she has no choice but to try to help get Adam.

Of course, Victor, Sharon, and Adam always seem to think that Sharon is in a special position to help Adam since she’s both a counselor and she knows Adam’s history so well. But it would seem Victor might think that Adam needs a higher level of care than Sharon can provide. Perhaps Victor is thinking that Adam should be in inpatient treatment for an evaluation for his violent tendencies…and that might be a very good idea.

Victor may want Sharon’s help staging a mental health intervention for Adam – something a bit more subdued than having the whole Newman family there to gang upon him. Victor might be thinking that he and Sharon should approach Adam together as a small but mighty united front. This would mesh with Y&R spoilers that say that Victor will end up giving Adam a reality check of some sort.

Of course, if Sharon is involved in an intervention for Adam, that’s probably not going to go over well with either Rey Rosales (Jordi Vilsauso), Nick Newman (Joshua Morrow), or Faith Newman (Alyvia Alyn Lind), but Sharon may do it anyway – or she may even do it in secret. If Sharon’s history is any indication of what she’ll do, then she’ll surely end up helping Victor to try to get through to Adam in one way or another.

But whether Victor and Sharon would ever be successful in getting Adam into mental health treatment of some sort is another matter entirely. Adam is nothing if he isn’t stubborn, so it might take a LOT of coaxing to get him to get help – but again, if anyone can persuade Adam, it’s probably Sharon.

Do you think that Victor will get Sharon involved in a mental health intervention for Adam? Stay tuned to the CBS soap and remember to keep checking CDL for the all latest Young and the Restless spoilers, updates, and news. We’re your go-to source for all the soaps!

Days Of Our Lives Spoilers: Is ‘Steveano’ Henry’s Father? Steve Was ‘Steveano’ When Crime Occurred!