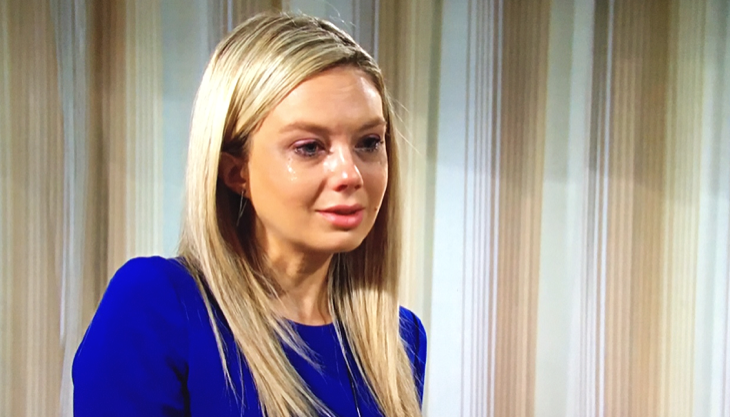 The Young and The Restless – Chance Was Shot – Could This Happen Again?

Viewers will recall that Chance was shot the same day that he and Abby got formally engaged! Abby was shocked enough to hear about that and worried. She cried in the ICU room where he had a private space set up. He came out of the anesthesia after having the bullet removed, and she was very relieved, as undoubtedly he was too. Having been in the FBI and other secret agent type jobs for years, it’s probably not his first rodeo with a gunshot wound, but he hasn’t told Abby that yet.

He wouldn’t want to frighten her or scare her off about the dangers possible with the job of a policeman. But then all of a sudden he started having what appeared to be some sort of a seizure and she panicked! It turned out to be a staph infection and the seizure was likely from fever. Dr. Elena Dawson (Brytni Sarpy) assured her he would be okay and infections like this were common following gunshot wounds, and with adjustments to his meds, changing to a stronger antibiotic would take care of the problem.

Abby didn’t like it when Elena told her she couldn’t wait with Chance, though. It was simply for safety reasons so that she wouldn’t bring any unwanted germs in with her! She waited – for a short time – in the ICU waiting room, but then as soon as she got the chance with no one watching, she went into his room! She had to know that he was okay, and when he woke up again she knew that he was. But Abby will continue to worry – she knows Chance wants to stay in the police department, but could this happen again, and possibly with a much worse outcome?

Y&R Spoilers – Abby May Wonder Can Chance Just Surveil From A Computer?

Abby may wonder if Chance could just surveil from a computer, and not have to come in contact with potential danger! However, that would make him no more than a glorified mall cop and he wouldn’t want to be interested in that. She and Chance have been involved for over a year, and they got acquainted during a crisis at The Grand Phoenix; a thug named Simon Black (Jeffrey Vincent Parise) had come looking for some money that Chelsea Lawson’s (Melissa Claire Egan) dead husband Calvin Boudreau (John Burke) had hidden, and Chelsea had Kevin Fisher (Greg Rikaart) launder! She was right there when she saw Chance make the drop on Simon Black, after asking to look at the hotel’s schematics.

He had crawled through the ductwork for the heating and air system! He took him down and saved Chelsea’s life, along with her son and Adam Newman, (Mark Grossman) who kicked Simon’s gun out of the way when Chance “dropped in on him”! But Abby was impressed by his bravery then – not engaged to him and wanting children with him! She will worry that this could happen and worse and may seek counsel from someone like Sharon Newman (Sharon Case). Sharon’s been involved with two cops and will be able to speak from both a personal and a professional perspective to try and calm Abby’s fears and teach her how to deal with being a cop’s wife!