Days Of Our Lives Spoilers: Is ‘Steveano’ Henry’s Father? Steve Was ‘Steveano’ When Crime Occurred! 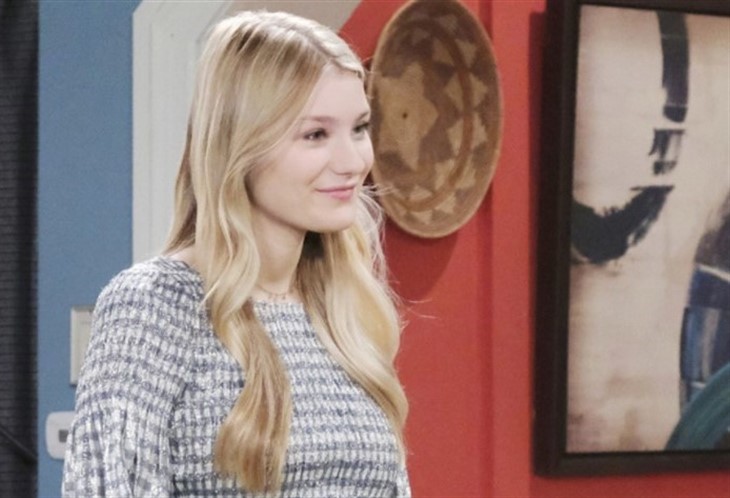 Days of Our Lives spoilers tease that in Salem there could be one more person of interest in the case of the rape of Allie Horton (Lindsay Arnold). Although he obviously would not be charged with the crime considering he was literally not in his right mind at the time, Steve Johnson (Stephen Nichols) could have been the culprit – as “Steveano”!

Days Of Our Lives Spoilers – The Timeframe Is Close, But Works

Days of Our Lives viewers will recall that although the timeframe is close, it works. “Steveano” first came to Salem in November 2019. This was when Hope Brady (Kristian Alfonso) had been Princess Gina for several months. It has not been revealed where Steveano was prior to arriving in Salem, nor exactly the timeframe when the brain chip was implanted in his brain that turned Steve into Stefano DiMera (originally Joseph Mascolo).

“Steveano” could very well have been in London, England in October or early November of 2019 when Henry Horton (Jayna and Kinsley Fox) was conceived. Bear in mind this would have been after the one-year time jump and Steve could have been implanted with the chip as early as November 2018! “Steveano” sent Kayla Brady (Mary Beth Evans) the divorce papers in late 2019. “Stefano” would have been culpable for the commission of the crime, but the DNA and other genetic material would have been Steve’s, therefore matching Tripp Dalton’s (Lucas Adams) and Henry’s.

There is a possibility that Steve could have another son he doesn’t know about, but with whom? If Tripp has a brother and Steve is not the brother’s father, then Henry would match the brother but it would be through mitochondrial DNA – through their mother. To be fair, Steve’s DNA has not been compared to Henry’s yet – but with Tripp’s matching, no one would think there would be a reason to do so!

DOOL Spoilers – But Why Would “Stefano/Steveano” Rape Allie?

There is the question of why Stefano/Steveano would have raped Allie or even been in a club in London frequented by college kids. Stefano did like his wine and his liquor, and especially his cigars, but why that club? Neither Allie nor Tripp have said it was a club exclusively for college kids, but they will go just about anywhere they can party and have fun. As for Steveano, we know his inner Stefan was not happy with his outer Steve Johnson body, and maybe he just wanted to go out and get drunk!

Then again, a drunk Stefano might have been a Stefano who missed being with a woman; just because there’s snow on the mountain doesn’t mean there isn’t fire in the furnace! But there is another thing to consider; Allie is Marlena Evans’ (Deidre Hall) granddaughter. The real plan may have been to kidnap Allie as a way to get to her grandmother, who Stefano really wanted. He could have been following her and targeted her.

But why did the rape happen, especially with 90 something-year-old Stefano in 50 something-year-old Steve’s body and Allie being 20 years old at the time, and actually his step-granddaughter through EJ DiMera’s (James Scott) marriage to Sami Brady DiMera (Alison Sweeney)? Chances are, with the mixture of a probably drunk Steveano, a confirmed drunk Allie, and Stefano’s libido overriding his common sense, the rape was a kidnapping plot gone wrong, and “Steveano” didn’t have any henchmen available to kidnap her! Remember, it was not yet time for him to reveal himself as Stefano!