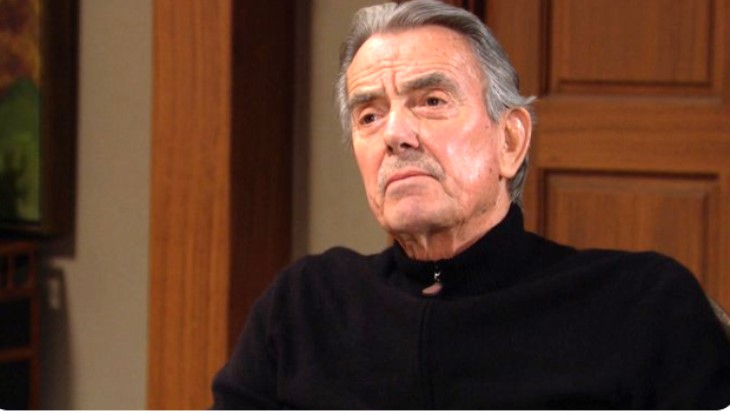 The Young and the Restless spoilers document that Adam Newman (Mark Grossman) wants to believe that Victor Newman (Eric Braeden) killed Alyssa Montalvo’s (Maria DiDomenico) father. His thirst for dirt is seeded in Adam’s lingering belief that Victor wronged his mother and abandoned him when he was a child.

But hardcore Y&R fans know that Victor did nothing wrong. In fact, he brought Hope Newman (Signy Coleman) and Adam from the farm in Kansas to Genoa City, Wisconsin. Coleman’s fondly remembered character couldn’t adjust to the dramatic culture change and felt that she and Victor, Junior had to return home.

Hope eventually married Cliff Wilson (David Cowgill). Cowgill’s character was later believed to be accidentally killed by a drunk driver. Recent developments have led Adam to wonder if that death was purposeful and if A.J. Montalvo’s (a role that’s not yet known to be cast) own demise, also believed to have happened by accident, was also planned?

The Young And The Restless Spoilers – Great Revisit Of Soap History

Y&R was in one of its heyday periods in the mid-1990s when Coleman was part of the cast. Victor’s departure from GC and everyone’s belief that he’d been killed enabled an extended storyline, where he initially rescued Hope from being assaulted and was followed by the pair falling in love.

Couple’s nicknames weren’t in vogue back then. If they were, Victor and Hope could have been termed Vope.

Loyal viewers know that it’s arguable to claim that the arc that took Victor to Kansas, introduced Hope and the character Grossman now plays, persists through today. Regardless, the current storyline fleshes out a part of Adam’s backstory that was never told.

Alyssa’s role in Vic’s life, a nickname she’s revived from Adam’s past, was as his childhood friend. He was with her when she endured her father’s jailing, allegedly for loan shark activities. They also recall the sad days that followed A.J.’s fall from the barn.

Chelsea Lawson (Melissa Claire Egan) was the first to suggest that Victor’s presence in Kansas at the time of A.J.’s death was unusual. Adam recalled that he was there at that time, not knowing at that point that the Moustache was his father.

Adam’s manipulation of Alyssa is to use her to ferret the truth out. He’s trying to be careful, as it’s possible that Victor isn’t guilty of anything. But if he is, Adam’s plan to exact revenge on his father would be much easier.

Victor could have kept the news clippings about Cliff and A.J.’s deaths for any number of reasons. He surely was aware of both incidents and would seem likely to have been connected to at least one of them.

The Young and the Restless Spoilers: Nikki Questions Victor About His Mysterious Trip https://t.co/JBDyXrfqHo pic.twitter.com/Nrl3TFIcfw

If it’s true that Cliff, or Hope, borrowed money from A.J. and wasn’t able to pay it back, then it’s possible an underworld henchman did Cliff in. In that assumed scenario, Victor may have been involved in a later confrontation with Alyssa’s father, which led to the death.

Of course, fans know that Adam has recently admitted (to Chance Chancellor, Donny Boaz) that he accidentally killed someone in Las Vegas, Nevada when he was living as Spider. So, clearly Victor will use that intel as a counter if he can, again assuming that Adam’s father did something wrong.