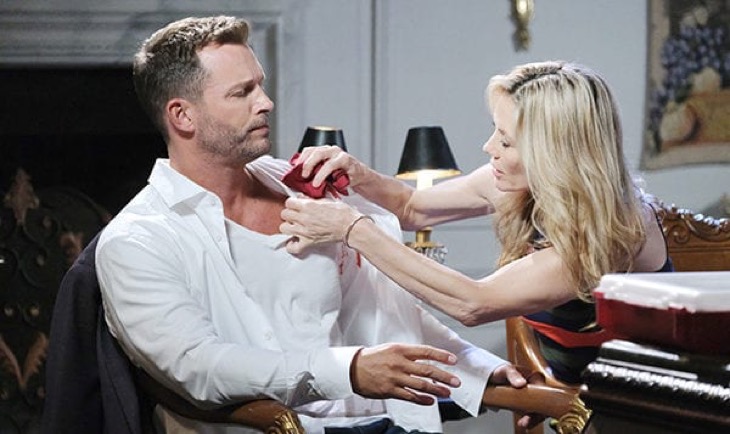 Brady Black Bursts Into Maison Blanche To Save Kristen DiMera

Brady, along with his dad, John Black (Drake Hogestyn) rush to Maison Blanche, which as Days of Our Lives viewers will recall, Hope Brady (Kristian Alfonso) was able to remember the location of from when Stefano DiMera (Stephen Nichols) told her when she was still Princess Gina Von Amberg (Kristian Alfonso). It is at Crystal Lake, just outside Salem, and John remembers what the original one looked like that had been in New Orleans, Louisiana and had been destroyed years ago in a fire.

So they head right over and find it easily. Friday’s Days of Our Lives episode ended with Brady bursting into the living room, gun in hand, and John bursting into an upstairs bedroom to stop Stefano from consummating his fake marriage to Marlena Evans, (Deidre Hall) which would have constituted rape with Marlena being under mind control and unable to give her own consent.

Downstairs, Chad DiMera (Billy Flynn) who is also under mind control has a gun on Kristen DiMera (Stacy Haiduk) and Tony DiMera (Thaao Penghlis). As Chad tries to shoot Kristen, Brady struggles with him for his gun and it goes off and hits him in the arm. Luckily, it is only a flesh wound and he is able to overpower Chad. Kristen and Brady try to get through the brainwashing to Chad’s real self, but they are unable to. Chad is not listening and is unable to listen to anything but his father’s mind control orders, so the two take off and disappear!

Kristen DiMera And Brady Black Appear To Be Missing, But Are Really Hiding

Kristen and Brady appear to be missing but are really hiding. They don’t know exactly where to go that either Stefano, who was still upstairs, or Chad will not find them; and John has not come back downstairs with Marlena either. Stefano is trying to convince her to kill John, as Anna DiMera (Leann Hunley) and Abigail DiMera (Kate Mansi) arrive after Kristen and Brady escape.

Brady has his cell phone but Kristen doesn’t have hers, and they are more interested in finding a safe place to hide until they know it’s safe. Kristen worries about her brother Tony, but Brady assures her he will be able to fake it until help arrives and not antagonize either Chad or Stefano any more than they already are; but Kristen tells him that Stefano gave a kill order to Chad to kill both her and Tony because they were not committed to “La Famiglia” and had outlived their usefulness to him! 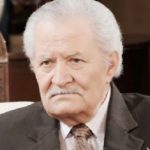 That’s why Chad had his gun on them! They find a place to hide – (please don’t tell us it’s another cabin, Days of Our Lives folks don’t have good luck with cabins!) and soon John and Marlena arrive and find them, and update them on the takedown of Stefano and that soon everyone will be normal and who they are supposed to be – and that Anna DiMera (Leann Hunley) proved herself a force to be reckoned with and she and Tony are fine!