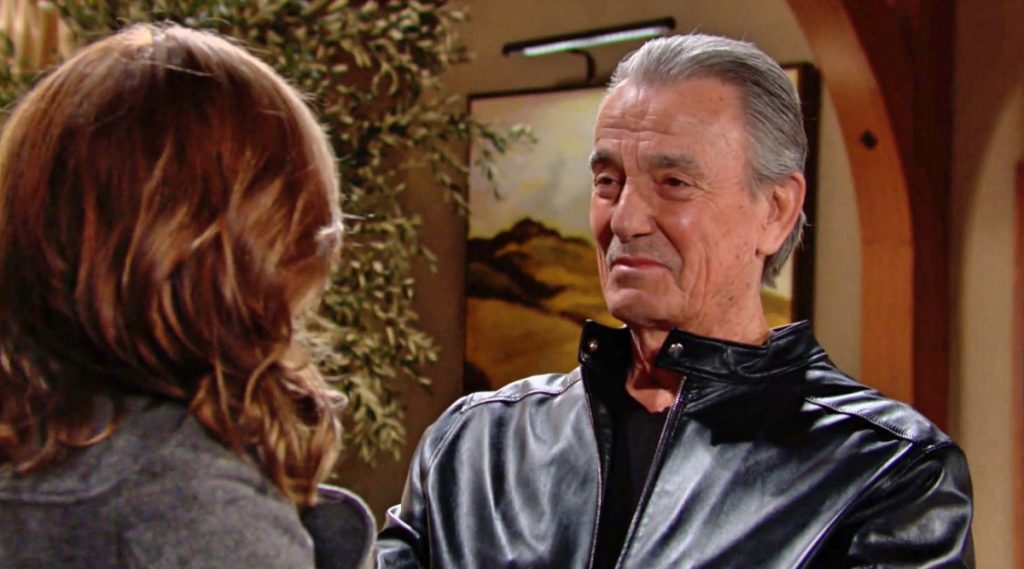 The Young and The Restless spoilers tease that Victor Newman (Eric Braeden) will reminisce with family and many friends he hasn’t seen in a while at the gala, as Jill Abbott (Jess Walton) makes a toast!

It Is Appropriate That Katherine Chancellor’s Daughter Should Make A Toast!

It is only appropriate that Katherine Chancellor’s (Jeanne Cooper) daughter, Jill Abbott should make a toast to Victor; after all, if it weren’t for Katherine, Victor never would have come to Genoa City in the first place! Longtime viewers of The Young and The Restless will recall that in 1980, Victor and his first wife Julia Newman (Meg Bennett) moved to Genoa City to help Katherine Chancellor run her company, Chancellor Industries.

Later on, he broke off from Chancellor Industries and started his own company, Newman Enterprises, starting with selling his own products from the trunk of his car to eventually become what it is today, a billion dollar corporation with branches all over the world. Not only will the gala celebrate the founding of Newman Enterprises, but it will also celebrate Victor himself; viewers will note in the venue that there is a mural painted of Victor at various stages in his life. Michael Baldwin (Christian LeBlanc) will also raise a toast to Victor along with Jill.

Victor Newman is the quintessential self-made man, having been born as Christian Miller on March 7, 1947 in Buffalo, New York. He grew up in an orphanage, put there by his mother, Cora Miller (Dorothy McGuire), when he was seven years old. His father’s name was Albert Miller. Victor left the orphanage and started to work his way through to becoming one of the world’s wealthiest tycoons while still a teenager, and changed his name to “Victor Christian Newman,” Victor standing for “victorious” and Newman standing for “new man,” as he viewed himself as a completely new man.

He married his first wife, Julia in 1970. They had no children. Victor does have one brother named Matt Miller (Robert Parucha) who will appear at the gala to honor his brother, as well as his first wife Julia and his grandson Noah Newman (Robert Adamson) who has not been seen in Genoa City for quite a while.

The episodes honoring the fiftieth Anniversary of Newman Enterprises also honor Eric Braeden, the portrayer of Victor Newman for forty years on the show! Daytime drama viewers are used to children being subject to “SORAS”, or Soap Opera Rapid Aging Syndrome, but it looks like the practice has been employed to age Newman Enterprises by ten years also, considering Eric has been on the show for only forty years!

Viewers can expect flashbacks of many iconic scenes of Victor over the years, including one where he tears up his portrait in anger, an angry argument with Jack Abbott, (Peter Bergman) one of his weddings to Nikki Newman (Melody Thomas Scott), the birth of their children, Victor in prison and being pushed down a flight of stairs!