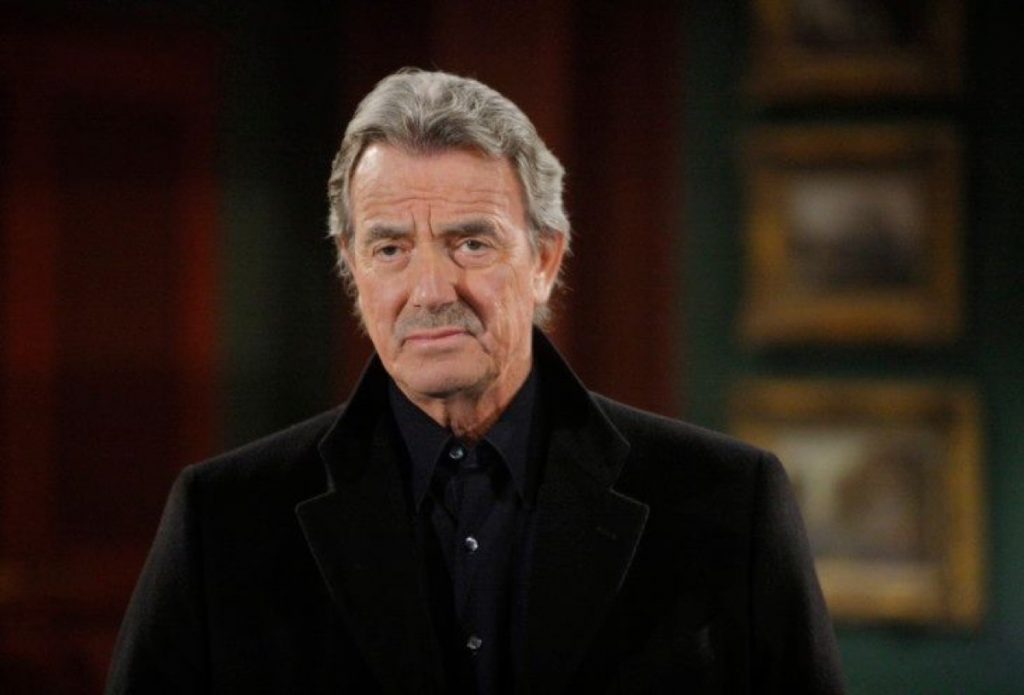 The Young and the Restless spoilers tease that Victor Newman (Eric Braeden) doesn’t trust that “Billy Boy” Abbott (Jason Thompson) is innocent in the attempted murder of his son, Adam Newman (Mark Grossman) which resulted in the shooting of Chance Chancellor (Donny Boaz) who pulled Adam out of the way!

The Young And The Restless Spoilers – Adam’s Safely In The Mental Ward, Whether He Likes It Or Not

Viewers of The Young and The Restless will recall that Adam’s safely in the mental ward now, whether he likes it or not. Victor is very concerned for his mental and emotional state, and his anger against him, but he knows that he did the right thing in having him committed. Sometimes love has to be tough, and that doesn’t only apply to unruly, rebellious teenagers. It can also apply to adult children, and in some cases, even spouses or significant others.

Now Adam can get the help he needs – if he’s willing to “do the work” and at least a proper diagnosis. But for now, Victor has to deal with another issue – who was that trying to take potshots at his son? He knows that “Billy Boy” Abbott is a person of interest in the case, and he also knows some inside information as to why – the bullet that was taken out of Chance was traced to a gun that Billy owns, that had been stored in Victoria Newman’s (Amelia Heinle) home, that she once shared with him. Victor also knows she had a recent break-in, which of course Victoria blamed on Adam. But there are other reasons that Billy is a person of interest – he’d tried to kill Adam before!

Billy hates Adam – and blames him for killing his daughter with Chloe Mitchell, (Elizabeth Hendrickson) little Delia Abbott (Sophie Pollono). Billy had been stopped at a store on a dark night, and left Delia in the car with her dog – the dog had to do its business, and she took it out, then it ran into the road and Delia after it! Adam was on the road that night, and swerved to avoid the dog but failed to realize that he’d hit Delia, not seeing her!

She was behind some bushes at the side of the road and that’s where Adam’s car hit! Adam got out and looked and was relieved to see the dog was alive but Delia was under the bushes by that time, dressed in a black witch costume, after playing the Wicked Witch of The West in a school play of “The Wizard Of Oz”. Billy later went after Adam with a gun – probably the same one, kidnapping him and holding him hostage in his own car! They struggled, and that ended with Adam going over a cliff in his car as a result. Adam was presumed dead, but wound up in Las Vegas with amnesia, going by the name “Spyder” which is where Chance found him.

That’s not the only time either – Chloe, Victoria, and Kevin Fisher (Greg Rikaart) share a secret of Billy going off the rails with post-traumatic stress disorder complicated by dissociative identity disorder and trying to run over Adam in the spot where Delia was run over – Chloe saved Adam by pushing him out of the way, and hid Billy in a boathouse where they tended to his broken leg! Victor doesn’t know about that yet, but give him a chance, and he’ll probably find out! With all that evidence, no wonder Victor doesn’t believe Billy is innocent this time!