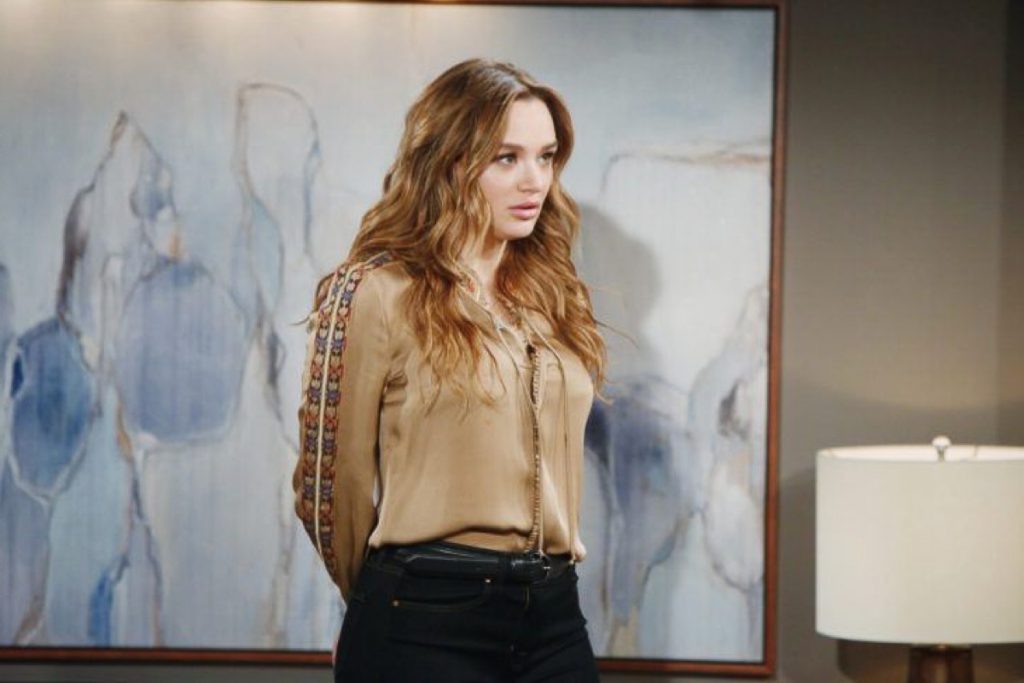 The Young and the Restless spoilers document that in Los Angeles Summer Newman (Hunter King) is making decisions that not only affect her life, but also that of three other people. Her choice to take the job Lauren Fenmore (Tracey Bregman) offered means that Summer and Kyle Abbott (Michael Mealor) won’t be spending nearly as much time together in the office.

Unless Summer reverses course, she and Sally Spectra (Courtney Hope) will see each other at work on a regular basis. Y&R is telegraphing that conflict into the storyline, while also potentially positioning Mariah Copeland (Camryn Grimes) as Summer’s Jabot replacement.

The Young And The Restless Spoilers – Summer Newman Earns Success

Jack Abbott (Peter Bergman) offered strong praise to Summer, who officially told him that she’d accepted Lauren’s offer to run Jabot Collective (JCV). Yes, it’s just down the hall from where she and Kyle have been collaborating. But the nature of this particular new prime position will consume Summer’s time indefinitely.

Skyle hasn’t reconciled, with that development seemingly paused as part of the job shift. Summer and Kyle are getting along, but haven’t committed to revised marriage plans.

Y&R Spoilers – Sally Spectra Makes A Name For Herself

Sally moved to Genoa City, Wisconsin, with the intent of changing her life. The major falling out she had with Wyatt Spencer (Darin Brooks) has been left behind, with Sally’s consistent smile covering her insecurities.

Asking Jack to run JCV was a bold move, with the wink toward Hope’s last soap implied. He turned her down, but noted that she has gained a good opportunity through Lauren’s generosity.

Kyle’s tell to Sally was intriguing. He noted that there was room for her to grow inside the connected companies, which implied that they would develop a good working relationship and maybe more.

Summer knows that Kyle is the love of her life. She saw Lola Rosales (Sasha Calle) as a rival, but doesn’t perceive her as a current threat.

Sally isn’t on Summer’s radar as competition for Kyle, but that could be a mistake. Theo Vanderway (Tyler Johnson) will soon be written out of the script, which means that Sally will eventually pair with someone else.

While Kyle loves Summer, he’s rebounded before. So, any further dissension between Skyle could easily lead to B&B’s crossover character becoming involved with the man Summer loves and who’s also in a position of authority at the company where Sally now works.