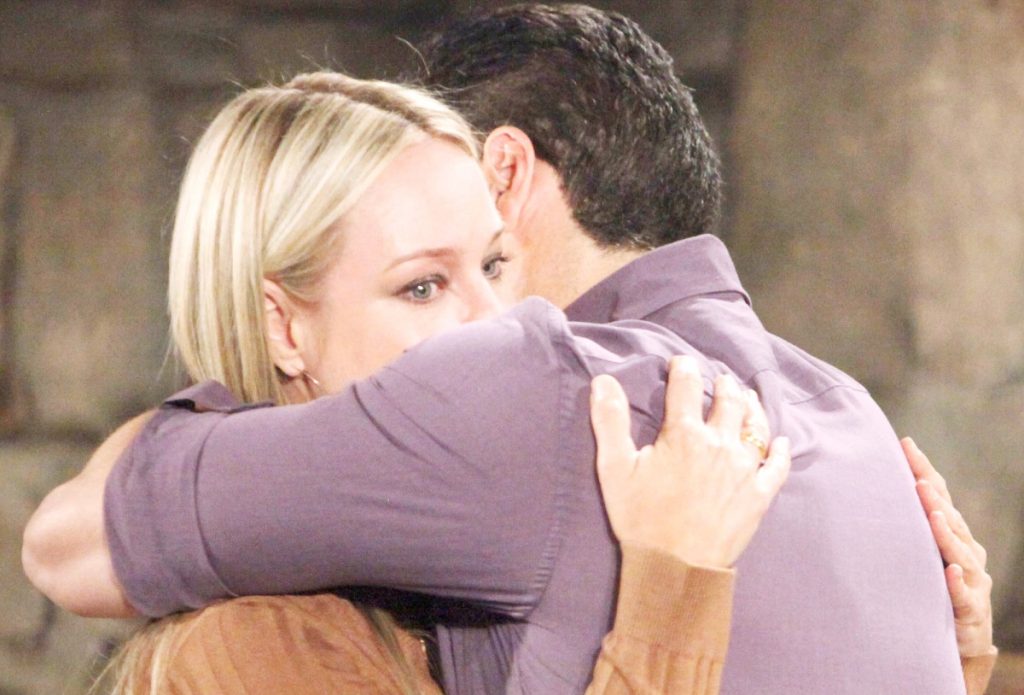 The Young and the Restless spoilers indicate that Sharon Newman (Sharon Case) prepares for the worst as she receives bad news about her cancer diagnosis.

For the past few months, Sharon has undergone chemo treatments as she battles breast cancer. She’s hoping to hear good news when she goes back to the doctor, however the opposite occurs. She learns that the tumor isn’t responding to the chemotherapy.

Y&R Spoilers: The Bad News Is Heartbreaking For Sharon Newman, Who Is Already Worried About Her Odds Of Survival

She’s tried to remain strong throughout this ordeal, but in the back of her mind she fears the worst.

Sharon’s boyfriend Rey Rosales (Jordi Vilasuso) has been her rock through this ordeal. He knows how difficult this is for her, and he needs to be strong for her sake.

Sharon’s received a lot of support since revealing her cancer diagnosis, and she’s going to need everyone now more than ever.

Her daughters Mariah Copeland (Camryn Grimes) and Faith Newman (Alyvia Alyn Lind) are there to help her with anything she needs.

Sharon wants to be there for her kids, her greatest fear is not being there for them. She’s vowed to fight this with everything she has. But now her hope is diminishing.

Young And The Restless Spoilers: Mariah Copeland And Faith Newman Are There To Help Her With Anything She Needs

Even though she caught the diagnosis early, Sharon knows there’s a chance she could die from cancer.

She’s already worn out from the treatments, but when she learns they’re not working, she wonders if this is a sign of bad things to come.

Her main focus has been on keeping life normal, however it’s hard to go on with life knowing she may not have much time left.

With the recent results, Sharon may start to alter her life. Although she doesn’t want to think about it, she needs to start planning for the worst.

Y&R Spoilers: No One Knows What It’s Like For Sharron Newman To Be Worn Out Physically And Mentally

Sharon wants her children to be taken care of when she’s gone and she’ll start making a will to make sure they’re provided for if anything happens.

While everyone is trying to convince her that everything will be fine, she knows it’s not. No one knows what it’s like for her to be worn out physically and mentally. Not only is she tired from the treatments, but she’s also living with the constant fear of whether she’s going to live or die.

This is a serious situation and her life is at risk. She wants to believe that she’ll beat this and her life will go back to the way it once was. But with each passing day, she’s worried that it’s going to be her last.

While her family may not want to discuss it, Sharon needs to prepare them and herself in case something happens.