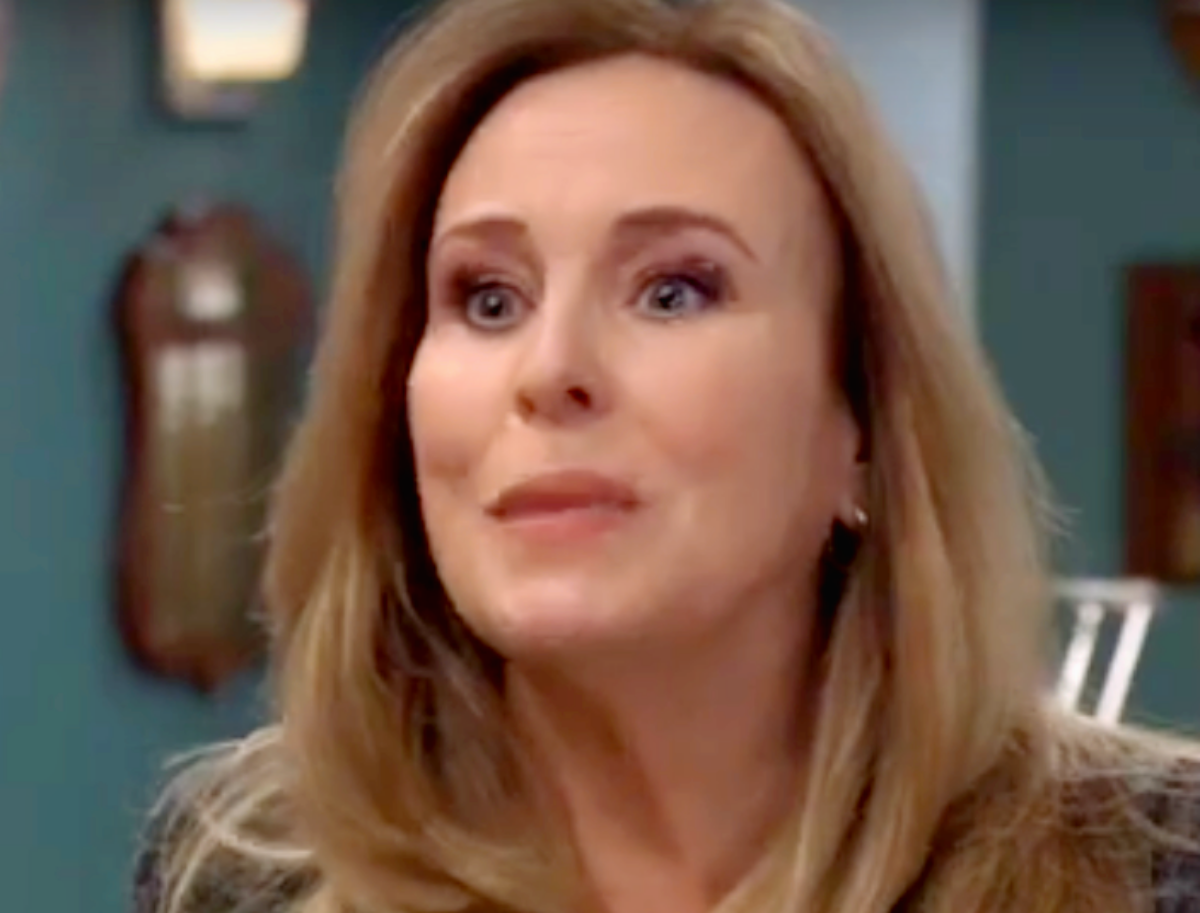 General Hospital (GH) spoilers tease that Mayor Laura Collins (Genie Francis) has her work cut out for her right now, and one of her very own kids isn’t helping matters any. Her very own daughter, Lulu Falconeri (Emmy Rylan) may cause a public relations nightmare for Laura when her focus is most certainly needed elsewhere.

Laura has a lot on her plate right now. Cyrus Renault (Jeff Kober) has brought a new wave of drugs into Port Charles. The mob war between Cyrus and Sonny Corinthos (Maurice Bernard) is bringing escalated violence and chaos into town. Laura is doing her best to stay as much ahead of it as she can. She’s already working to get a clinic funded to help those with addiction problems, to be run by Dr. Neil Byrne (Joe Flanigan). She’s doing so much good, that a scandal is the last thing she needs right now.

Laura’s daughter, Lulu Spencer (Emme Rylan) works for the Invader as a reporter. When she spotted confidential documents on Brook Lynn Quartermaine’s (Amanda Setton) desk posted on Brook Lynn’s social media, she wasted no time in drawing attention to it, by posting an article to the paper. Brook Lynn realized Lulu was behind it and confronted her at the Metro Court.

It was a only a few seconds before the altercation between Lulu and Brook Lynn turned physical, and Valentin Cassadine (James Patrick Stuart) caught it all on video. Other customer’s at the Metro Court were hurt in the conflict and a lot damage was done to the restaurant itself. Lulu didn’t face any charges for the incident but it seems likely that Valentin’s video will be made public.

General Hospital Spoilers: Laura Will Have Some Damage Control To Do!

If Laura has to do damage control in the middle of a very difficult time in Port Charles, it could very well undermine any success she might have. Whether Lulu was in the right or not, the fight will bring negative publicity to the Mayor’s office and that’s the last thing Laura needs right now. Hopefully will get ahead of any potential negative backlash, so she can go back to doing what needs to be done in order to keep Port Charles safe.

Will Lulu’s actions come back to bite Laura? Will Laura have to issue some kind of statement distancing herself from Lulu’s actions? And more importantly, will Laura be able to successfully steer Port Charles through this difficult time? Only time will tell, so stay tuned to General Hospital airing weekdays on ABC. And don’t forget to check back here regularly for all your General Hospital news, information and spoilers!

Days Of Our Lives Puzzle Challenge: Solve the Soap Star Who Has Been On DOOL Since A Child