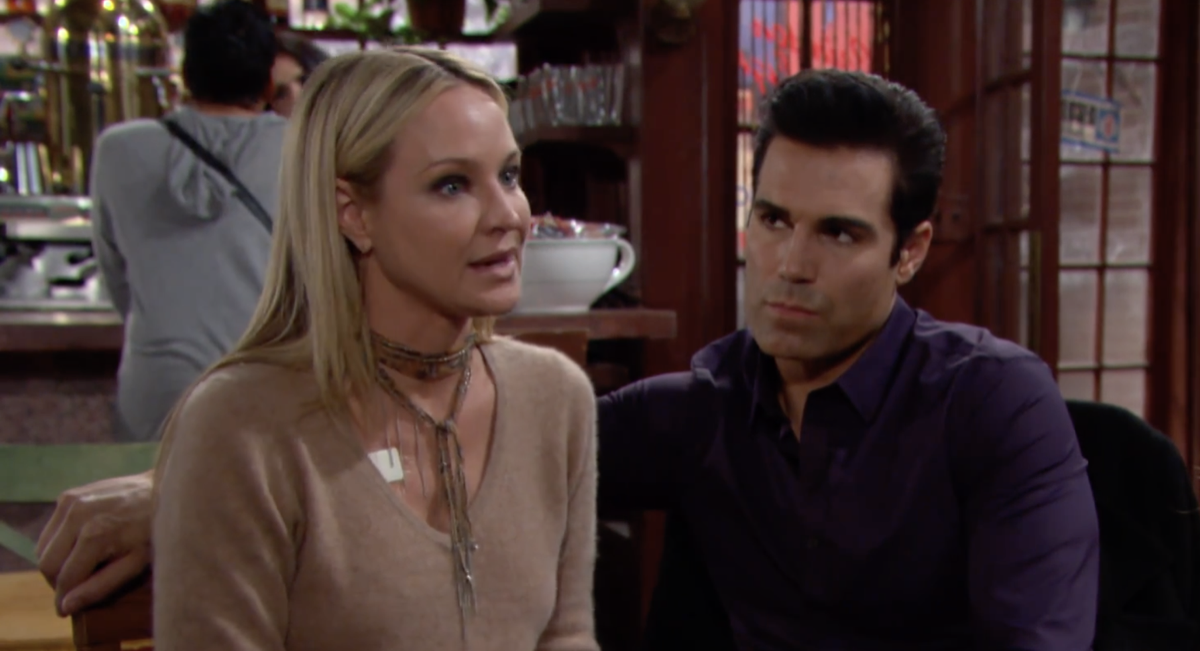 The Young and the Restless spoilers document that Rey Rosales (Jordi Vilasuso) is standing by the woman he first fell in love with when he arrived in Genoa City, Wisconsin. Sharon Newman (Sharon Case) caught his eye and instantly captured his heart in 2018.

Now, going on two years after the then undercover detective moved northwest, from Miami, Florida, Rey has begun dealing with the impact of caring for someone who has been diagnosed with cancer. Nick Newman (Joshua Morrow), who is Sharon’s first true love and initial soul mate, naturally offered his support to her. Then, he did something that made both Vilasuso’s character and longtime Y&R fans smile.

Sharon is glad that she and Nick reached an accord after their second attempt to remarry failed during the latter part of the last decade. For a variety of reasons TPTB never allowed Shick to fully reconcile through to remarriage.

Following bad mistakes on both sides, Sharon and Nick were able to come to terms. That peace has allowed them to be good co-parents to their children and allowed Shey to be endorsed by Nick, along with his specific support for Rey.

Y&R fans recall that Nick and Rey became fast friends after Vilasuso’s character initially debuted in GC. Their bonding period ended after Rey’s cover was dropped. Both men also didn’t get along for reasons that were related to personal strife and family matters.

So, Nick’s offer to be there for Rey, if he felt the cancer situation weighs too heavily on him, was a cool. Rey’s fist bump acceptance affirmed that he and Nick have become true friends.

Young And The Restless Spoilers – Rey Rosales’ Life In Order

Rey came to Wisconsin while J.T. Hellstrom (Thad Luckinbill) was missing. That epic arc was told in stages, as Luckinbill’s character never perished, as was thought. He later returned to exact revenge against the Newman’s, but was suffering from a brain tumor. His capture, arrest, jail sentence, and receipt of medical attention brought that case to an end.

A marital bond that was long fractured broke, leaving Rey to pursue Sharon. Case’s character was single by that point and was open to creating Shey. While they parted for a brief period, Rey decided that he wanted to be with Sharon and returned to her.

The Young and the Restless Spoilers: Sharon’s Chemotherapy Begins – Mariah Remains By Her Side https://t.co/5G3xyBjQ1u pic.twitter.com/DXTBQFvbaN

Handling cancer is something millions do each day across the globe. Many who are affected learn just how much people care about them as their battles rage.

Sharon has always provided love to her children, with that emotion being reciprocated. Thankfully she also has two other important connections as well.

Nick has been part of Sharon’s life since 1994. Her link to Rey is far shorter but has come to be deeply meaningful. As she begins to adjust to life with cancer, Sharon knows that her loved ones will be there for her. And with that, hoped-for success will be jointly pursued in daytime.