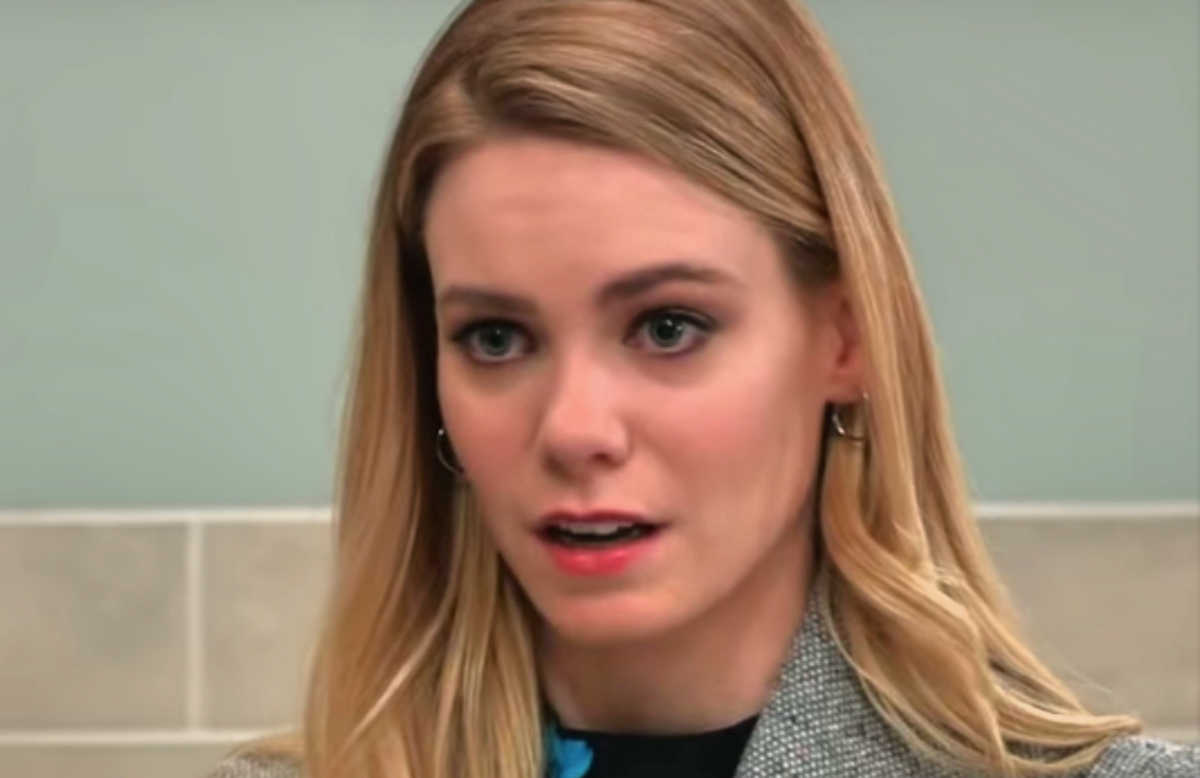 General Hospital (GH) spoilers suggest that Nelle Benson (Chloe Lanier) might be entirely justified in her anger. In recent episodes, GH fans have watched as Monica Quartermaine (Leslie Charleson) and others continually berated Nelle for her reservations about allowing her son to undergo elective heart surgery.

Not long ago, GH fans were treated to all the drama that could be mustered on General Hospital as little Wiley Cooper-Jones (Erik and Theo Olson) was rushed to the hospital. There, Monica revealed that doctors conducted tests on Wiley and learned that he had a small hole in his heart. In fact, Monica told her grandson, Michael Corinthos (Chad Duell) that the condition was actually genetic and that Michael himself had a heart condition identical to the one with which Wiley was diagnosed.

Of course, everyone watched as Michael freaked out, stuttered, and otherwise went along with whatever Monica suggested was the right course of action. On the other hand, Nelle came across as any normal, worried mother might. When she learned that the heart surgery Monica recommended was elective, and that it wasn’t immediately necessary, Nelle suggested getting a second opinion. She also asked about a lot of other things that a worried parent who has little knowledge of the healthcare system might ask.

How did Monica (and everyone else) treat Nelle? Well, Monica behaved as an elitist know-it-all. Who would dare to question a medical authority like her? In fact, who would challenge the opinions of any other doctor at General Hospital? Nelle is merely an uneducated rube, and taking the time to assuage her entirely legitimate fears seemed beneath Monica.

While it may be unpopular to say so, the medical staff at General Hospital absolutely treated Nelle unfairly and with disrespect. The only person to treat Nelle with dignity seemed to be Elizabeth Webber (Rebecca Herbst)!

How can this be argued, some GH fans may ask?

Well, the truth is GH viewers ought to ask themselves what Nelle’s sources of information happened to be. Nelle received an emergency phone call about the health of her son. Nelle then rushed to the hospital where her ex told her that Wiley needed to be hurried into an operating room where doctors would cut open his tiny chest. Blood would go everywhere, and Wiley’s small beating heart would be exposed.

Now, any mom like Nelle would likely freak out upon hearing this kind of news! Any normal woman would ask for as much information as possible. If one surgeon, such as Monica, were the only source of information, wouldn’t GH viewers also question the information provided? Mightn’t that information be incomplete and/or biased?

In this situation, Nelle was being pushed to make a decision based solely on what Monica knew (or chose) to tell her. Now, GH fans can hardly accuse Nelle of stupidty.

Given the circumstances, one has to ask whether GH viewers placed in the same situation might not have behaved exactly as Nelle did … with fury.