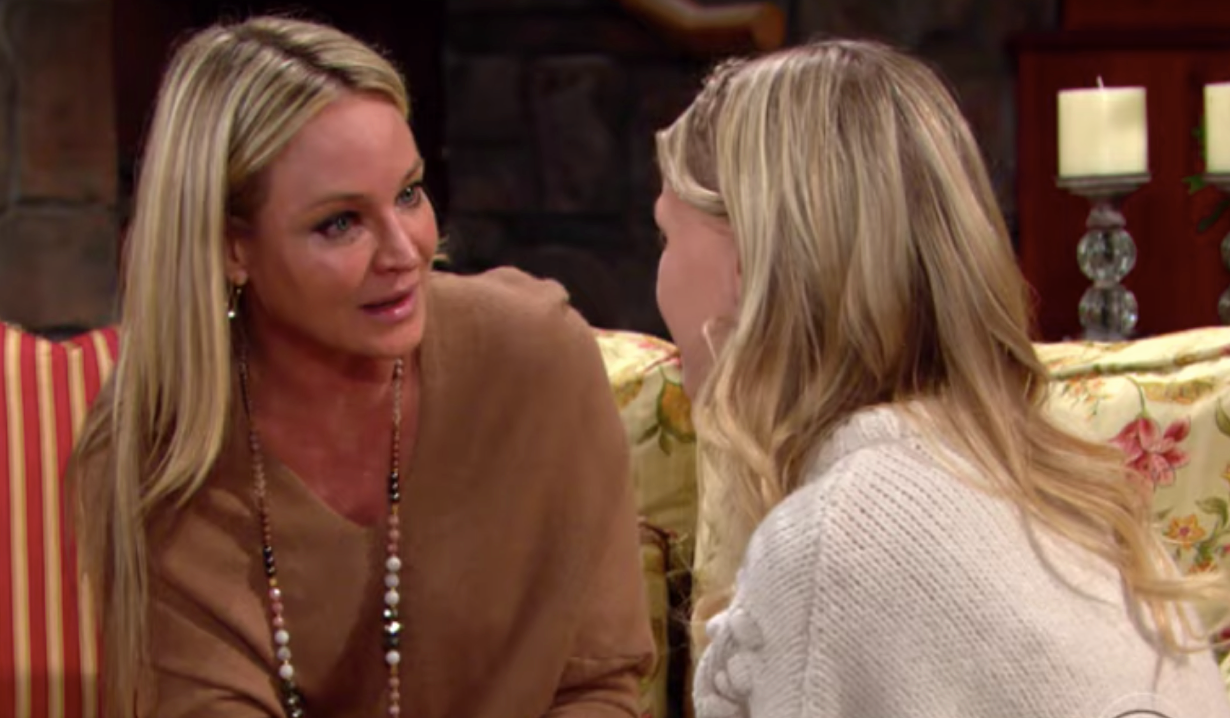 The Young and the Restless spoilers document that Sharon Newman (Sharon Case) doesn’t want her loved ones to be changing their lives in order to comfort her. She doesn’t want to be seen as weak, or needy.

Rey Rosales (Jordi Vilasuso), Mariah Copeland (Camryn Grimes), Faith Newman (Alyvia Alyn Lind), and Nick Newman (Joshua Morrow) are adjusting to Sharon’s breast cancer diagnosis. The respect and compassion they are expressing is being digested in light of all that’s happened at the start of this important arc.

Sharon wants life to be as normal as possible. She knows that facing cancer treatments will be jarring and is initially trying to keep the other parts of her life, in this case, family, in place as they were.

The above isn’t possible, as Sharon would react as lovingly as the four referenced characters did if any one of them was diagnosed with a potentially deadly disease. But, let’s give Case’s character significant slack, as she’s just beginning to adjust to the mental aspect of her new normal.

Faith’s choice to leave boarding school and move back home isn’t something Sharon really wanted. But her daughter’s feelings matter too, which Sharon understands.

Mariah’s idea to have a girls only trip to gather Faith’s belongings at boarding school was smart. This gives the sisters time to discuss what’s happened, as they come to grips with their mother’s fight and their combined response.

The evolution of Grimes second Y&R character is noteworthy. Mariah happened into Genoa City, Wisconsin, and was initially paid by Victor Newman (Eric Braeden) to gaslight Sharon into thinking she was Cassie Newman’s (Grimes initial, iconic character) ghost. Digitally skipping to now, she’s fully loyal to her mother and a positive influence over Faith.

They’ve been at each other’s throats in past storylines. Today, Nick fully endorses Rey and Sharon’s relationship. Morrow’s character is also on board with Rey, as both of these important men in Sharon’s life prepare for whatever’s coming next in this storyline.

Rey, Nick, Mariah, and Faith should now try and convince Sharon to share her news with others who care about her. More heartfelt support will be offered by connected GC residents for one of Y&R’s greatest characters.