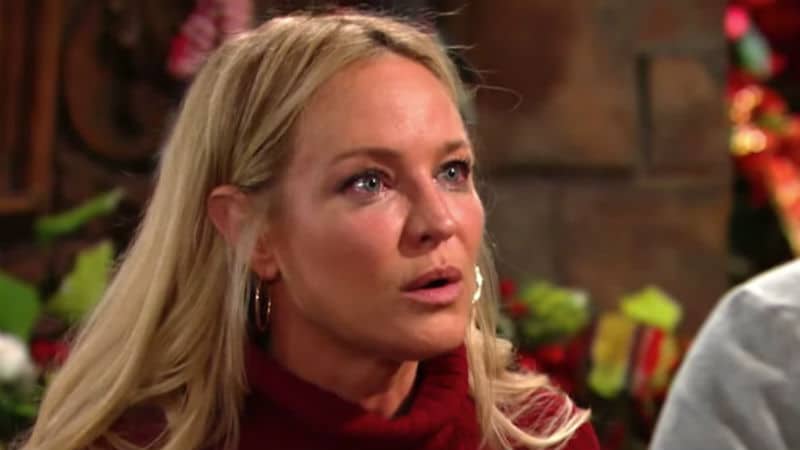 Sharon Newman (Sharon Case) has cancer on ‘The Young and the Restless’. Her stage 2 diagnosis is serious, but projected as treatable.

Meeting with her doctor, Sharon and Rey Rosales (Jordi Vilasuso) learned that chemotherapy and surgery is recommended. While that honest diagnosis was requested, it naturally has created some unease.

However, Sharon is already facing the future with courage. And, her family’s support is fueling optimism about her fully beating this potentially deadly disease.

The Young and the Restless Spoilers: Will the Las Vegas Secret End Adam and Chelsea’s Reunion? https://t.co/JjGFcJY1xj pic.twitter.com/B2nzj8f8p0

Rey is a good guy who loves Sharon. The nature of ‘Shey’s’ bond played out slowly, as hardcore Y&R fans recall. Thankfully a positive payoff was realized last year, following an extended, voluntary waiting period that was linked to respect.

Mia Rosales (Noemi Gonzalez) followed Rey from Miami, Florida, to Genoa City, Wisconsin, a number of months after he arrived as an undercover agent. With his professional veil dropped and news of his marriage revealed, Rey was open with Sharon about his feelings for her and later, his need to remain committed to Mia.

‘Shey’ was greenlighted once Mia and Arturo Rosales (Jason Canela) became a couple and moved back to Miami to have their child. Sharon and Rey were then able to officially start their relationship, which has been flowing smoothly into the new year.

Young And The Restless Spoilers – Tie To Nick Newman Endures

Sharon will remain forever tied to Nick Newman (Joshua Morrow) because of Cassie Newman (Camryn Grimes), Noah Newman (Robert Adamson), and Faith Newman (Alyvia Alyn Lind). As for ‘Shick’, it lives on in the hearts of both longtime Y&R characters and within the souls of this one-time mega couple’s many fans.

It remains a mystery as to why Sharon and Nick haven’t been allowed to remarry, since splitting in the mid-2000’s, due to the fallout following Cassie’s death. They made it to the altar twice within the last decade, failing to complete either ceremony. But they’ve often demonstrated that they are there for each other during moments of crisis, which now includes this very serious one.

Case ranks with the most important actors on this top-rated soap opera across her now quarter-century tenure with the cast. Considering the competitive nature of the entertainment industry and the overall reduction of full-time players on the four remaining broadcast network soap operas, Case’s endurance is all the more impressive.

The range this actor has demonstrated across the decades is, without question, fabulous. The number of important arcs she’s been written into is vast, with the current one being most current. It’s also meaningful to all viewers who have ever been personally touched by the same diagnosis Sharon was just given.