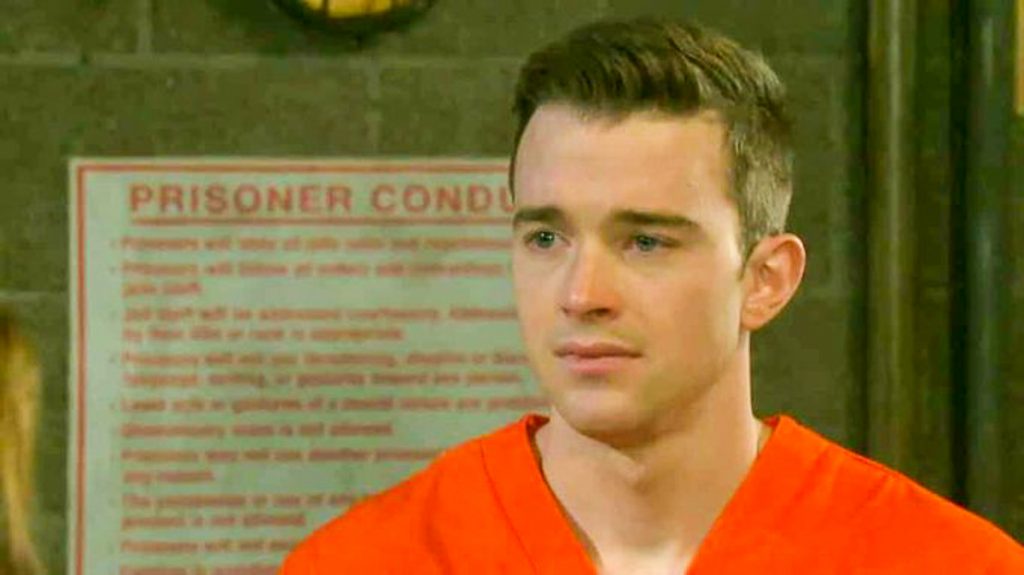 Days of Our Lives spoilers reveal Will Horton (Chandler Massey) is in prison for Adrienne Kiriakis (Judi Evans) death. However, he is innocent and Ciara Brady (Victoria Konefal) will tell him so. The whole situation happened due to Victor Kiriakis (John Aniston) trying to protect Maggie Horton Kiriakis (Suzanne Rogers), but what exactly happened?

Days of Our Lives Spoilers: Will Horton’s Guilt

DOOL spoilers indicate that Will has felt guilty about Adrienne’s death ever since it happened. It was that guilt which caused him to confess to JJ Deveraux (Casey Moss), Justin Kiriakis (Wally Kurth) and Sonny Kiriakis (Freddie Smith).

However, what did he confess to exactly if he didn’t do it? Why does he think that he is guilty if someone else was responsible? There are so many questions that we don’t have answers to yet.

We don’t know exactly what caused Adrienne’s death, but it will be played out via flashbacks soon. What we have been able to find out is that Sarah Horton (Linsey Godfrey) appears to have been with Adrienne. It is also suggested that Xander Cook (Paul Telfer) delivered Sarah’s baby and he may have been forced to do that due to the incident that led to the tragedy.

Days of Our Lives spoilers reveal that Victor took drastic action in order to protect the woman he loves. Somehow, Maggie is mixed up in all of this. But what exactly happened? With Summer Townsend (Marie Wilson) returning, could she have done something? She was always a troubled woman. Or perhaps her coming back drove Maggie to drink, which led to a horrible accident?

It is teased that Victor explains everything he did in order to protect Maggie, even if it meant sending an innocent man to prison. However, Victor might not know everything. It is suggested that Xander ends up making an admission to the Kiriakis patriarch. It sounds like this situation is going to get even more complicated.

Be sure to tune in to catch up on everything happening with DOOL spoilers right now. Come back here often for Days of Our Lives spoilers, news, updates and rumors!