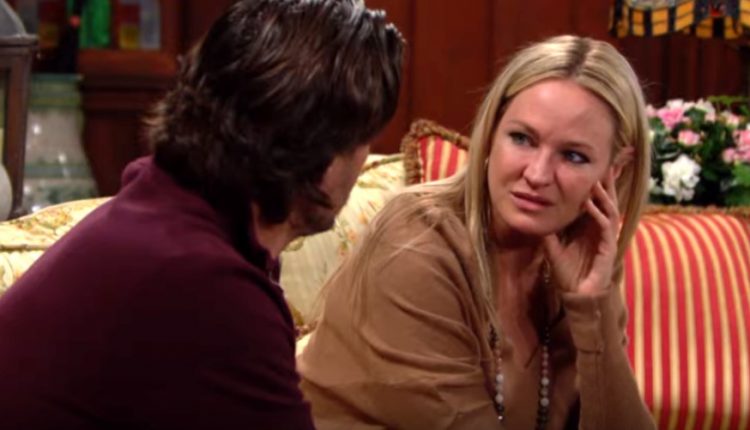 The Young and the Restless (Y&R) spoilers tease that Nick Newman (Joshua Morrow) will pay Sharon Newman (Sharon Case) another visit. Now that Nick knows about Sharon’s cancer diagnosis, he has no intention of abandoning her in her time of need. Sharon has Rey Rosales (Jordi Vilasuso) to lean on, but she’ll need all the support she can get – especially from Faith Newman’s (Alyvia Alyn Lind) father.

After Rey heads to work, Nick will pop in the cottage and ask how Sharon’s holding up. Sharon will put on a smile, but Nick knows her too well for that. He won’t want Sharon pretending she’s fine when she’s not. Nick will encourage Sharon to be honest with him. He’ll want to be Sharon’s rock, but she has to let those walls down first.

The Young and the Restless Spoilers – Sharon Case’s confession

The Young and the Restless spoilers say Sharon will ultimately confess what’s on her mind. She’ll feel like Faith is really falling apart over her mom’s looming battle. Sharon will sense that Faith is fearful and struggling. She won’t like the idea of Faith’s life being turned upside down by all this.

However, Nick will promise Sharon everything’s going to be OK. He’ll remind Sharon that they’re a team and will get through this together. There’s no denying that they’re all worried, but Nick will think Faith’s a resilient gal who can handle it.

Once Sharon’s reassured, Nick will suggest he has a gift to pass along. He’ll hope it’ll serve as a source of strength and a reminder of what she should hold onto. The Young and the Restless spoilers say Nick will hand over a necklace with three charms. Those charms will feature the words faith, hope, and love.

The Young and the Restless News: Tyler Johnson to Star in Lifetime film Adopted in Danger https://t.co/3Jz7UQ2q6V pic.twitter.com/kXdBw1skv3

Y&R fans can expect Sharon to be deeply moved by this thoughtful present. She’ll burst into tears over her current reality as well as the outpouring of support from her loved ones. Nick will console Sharon and let her know he’ll be there anytime she needs him.

The Young and the Restless spoilers say Nick will want to respect the boundaries of Sharon and Rey’s relationship, but this is stirring up some “Shick” feels! Fans of the pairing may be holding out hope that this experience could bring Nick and Sharon back together.

It doesn’t sound like there are plans for that right now, but this is going to be an awfully long storyline. Plans could certainly change down the road! Whatever happens, at least we know Sharon and Nick’s friendship will remain intact – and will undoubtedly grow even stronger.

What do you think about Nick’s sweet gift for Sharon? Are you still rooting for a “Shick” reunion? We’ll give you updates as other Y&R news comes in. Stay tuned to the CBS soap and don’t forget to check CDL often for the latest Young and the Restless spoilers, updates and news.