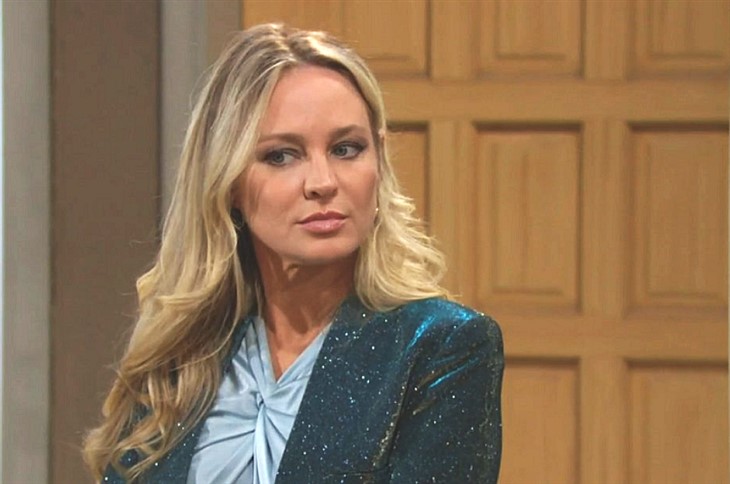 The Young and the Restless spoilers document that in Genoa City, Wisconsin Adam Newman (Mark Grossman) is getting the professional help that he needs, which happened because Sharon Newman (Sharon Case) was willing to back Victor Newman’s (Eric Braeden) decision to have him involuntarily committed.

With the cancer fight seemingly won and the wedding date with Rey Rosales (Jordi Vilasuso) set for New Year’s Eve, Sharon’s life should be good. But Faith Newman (Alyvia Alyn Lind) has quickly moved from a good child to someone who wants to engage in risky behavior with a substance that only adults should use with moderation.

The Young And The Restless Spoilers – Cassie Newman Lesson Unlearned

Faith has heard the story about her deceased sister, Cassie Newman (Camryn Grimes’ initial role on the show), many times. That character became fixated on Daniel Romalotti (Michael Graziadei), which led to a fated night where he drank too much, an unlicensed Cassie took the wheel of his car, and a terrible accident happened.

In what arguably became one of Y&R’s most altering arcs, Cassie died as the result of injuries suffered in the accident. Grimes ending scenes, which included Case and Joshua Morrow (Nick Newman), will always rank with the best work in either of her runs on the show. Case and Morrow’s performances were also iconic.

So, in considering all of the above, Faith has allowed herself to be persuaded to drink liquor on more than one occasion? This naturally upsets her parents to an infinite degree.

Lind, like Grimes in her younger days, is one of those child actors who projected stardom from the jump. She joined the cast in 2011, with her on-screen efforts subsequently killing through the years.

The daughter of an actor mother and producer father, Lind’s older sisters are actors as well. While family ties have helped create opportunity, this actor has earned her enduring run on Y&R, while also achieving many other television and film credits.

So, creating this type of storyline is well-suited to Lind’s chops and her character’s historical ties in Genoa City, Wisconsin.

The Young And The Restless Spoilers – How Far Will This Go?

Jordan (Madison Thompson) is the new character who is two years older than Faith. Their fast friendship, Jordan’s push to deceive adults, and the invitations to the parties where liquor is available all trend badly.

Whether Faith is linked to the shooting, that was intended for Adam, but hit Chance Chancellor (Donny Boaz) instead, will soon be known. Jordan’s unusual protective feelings for Faith could mean that she tried to silence Adam because of the public humiliation Lind’s alter ego suffered following Chance Com’s published story.

The Young And The Restless Spoilers: Nate's Good Will and Elena's Efforts Pay Off – Devon Makes Peace #YR #YoungAndTheRestless https://t.co/7XfIjzHhc5

Following this theory, Jordan may also be the person who is attempting to frame Billy, as she would hold him responsible for exposing Faith’s steal at birth by Adam.