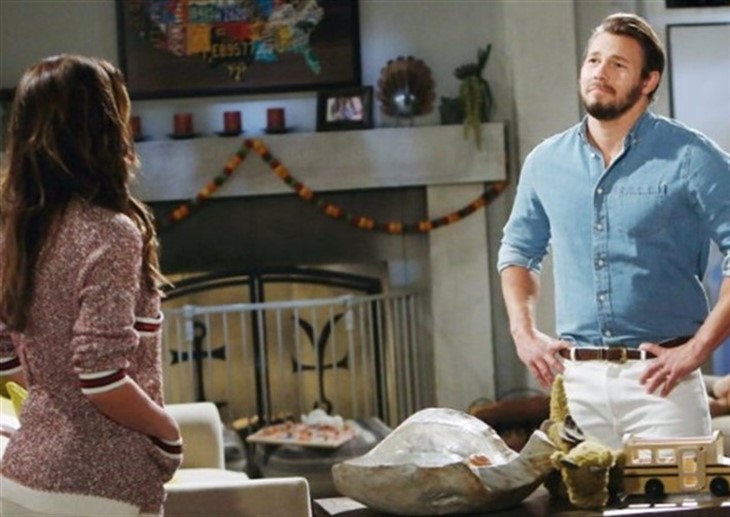 The Bold and the Beautiful spoilers tease that Steffy Forrester’s (Jacqueline MacInnes Wood) unanticipated romantic reconnection with Liam Spencer (Scott Clifton) propels what is now B&B’s top storyline. Steam’s time together at the cliff house, which was the evolving setting of their skillfully managed blended family, will upend two couples.

Liam’s triggered rage sent him to Thomas Forrester’s (Matthew Atkinson) apartment where he saw his nemesis kissing Hope Logan (Annika Noelle). But the multilevel inside joke that B&B fans are in on had Thomas actually kissing the Hope mannequin, with everyone knowing that plastic dolls are being used in romantic scenes due to safety protocols.

Before diving deeper into the Steffy-Liam shocker, credit must first be offered to Wood and Clifton’s two co-stars.

Who can honestly not offer total credit to Atkinson for the textured performance he’s giving? If this great actor doesn’t win a Daytime Emmy Award next summer, then a great injustice will have occurred.

B&B’s writing staff has superbly taken on the unusual realities of this time in soap opera history by playing into the use of mannequins on the set. Who else but Thomas could form a relationship with a piece of plastic that’s topped by a long wig?

And then there’s Noelle’s turn as the mannequin. Initially hearing her synthesized voice project through the doll was cool. But seeing her come to life as the doll was worthy of social media shares. Actually, Noelle could reasonably join Atkinson as an Emmy winner next year.

B&B Spoilers – Liam Spencer Isn’t In Control Of Himself

Liam isn’t self-aware, which is a modern term that can be overused. In this scenario it’s apt.

Clifton’s character is constantly harping about Thomas to Hope, Steffy, and John Finnegan (Tanner Novlan). But, as fans know, Thomas is the poor soul this time around. The man has some type of undiagnosed malady, which is clearly affecting his perception of reality.

So, there goes Liam, making the worst possible assumptions. Mr. open-minded is flat out wrong about Thomas and about Hope.

Oh, Steffy is falling in love with Finn. That’s not in dispute. But once again, Liam is reconfirmed as the man she’s most attracted to in the entire world.

Finn will be badly hurt when he learns what happened between Steffy and Liam, as will Hope, of course. But Finn is just starting his relationship with Steffy. So what’s happening and the consequences of it will fracture and possibly even break what was a needed, new relationship for Steffy.