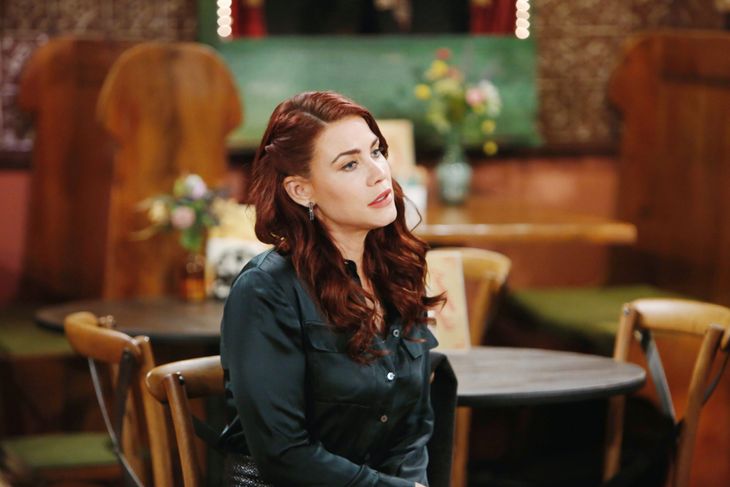 The Young and the Restless spoilers document that in Genoa City, Wisconsin Sally Spectra’s (Courtney Hope) acceptance of a Christmas invite has surface implications with a deeper agenda that’s no longer hidden. Jack Abbott (Peter Bergman) doesn’t want the crossover character from The Bold and the Beautiful to be alone on a truly meaningful day, so he invites her to spend time with his family.

Meanwhile, Kyle Abbott (Michael Mealor) and Summer Newman (Hunter King) are mutually signaling that all is well in Skyle land. The latest patch of their relationship projects that the next step in their stretched engagement will lead to remarriage plans being realized sooner, rather than later, in 2021.

The Young And The Restless Spoilers – Jack Abbott’s Generosity Exploited

Jack has endured a rough year, especially because of his mother’s passing. But Dina Mergeron’s (Marla Adams) death impacted the Abbott family in varying ways.

Y&R has opted to focus on exploring Jack’s personal life, with Traci Abbott’s (Beth Maitland) romantic adventures being the focus in the recent past, Ashley Abbott (Eileen Davidson) being content to focus on business, and Billy Abbott (Jason Thompson) being, well, Billy.

So, the implication of Jacks’ invitation to Sally is that she could attempt to spark a connection. In reality, Kyle is probably her intended target, whether romance happens between them, or not.

Lola Abbott (Sasha Calle). That former name is a sentence all on its own. The restored Lola Rosales wasn’t used by Kyle, as he did love her. But it wasn’t as deeply, or for nearly as long as his clear bond with Summer has endured.

It would be foolish to dismiss the possibility that Kyle will become interested in Sally. Her drive and magnetic appeal can be overwhelming, which is what B&B’s Flo Fulton (Katrina Bowden) experienced. Plus, the many breakups Skyle has experienced through the years represents a pattern, rather than a series of exceptions.

Jack and Kyle have offered Sally direct, but sincere advice about tempering her expectations. Summer just told Sally to drop her act, which caused Hope’s character to verbally snap back.

Summer confirmed that what Theo Vanderway (Tyler Johnson) said is true, Sally wants her job. Speculating that Sally also might use Kyle to make that happen, or manipulate him as part of a larger overall career and personal life advancement plan is now playing on Y&R.

General Hospital Spoilers: Which GH Character Do You Want Back In 2021?