General Hospital Spoilers: Which GH Character Do You Want Back In 2021? 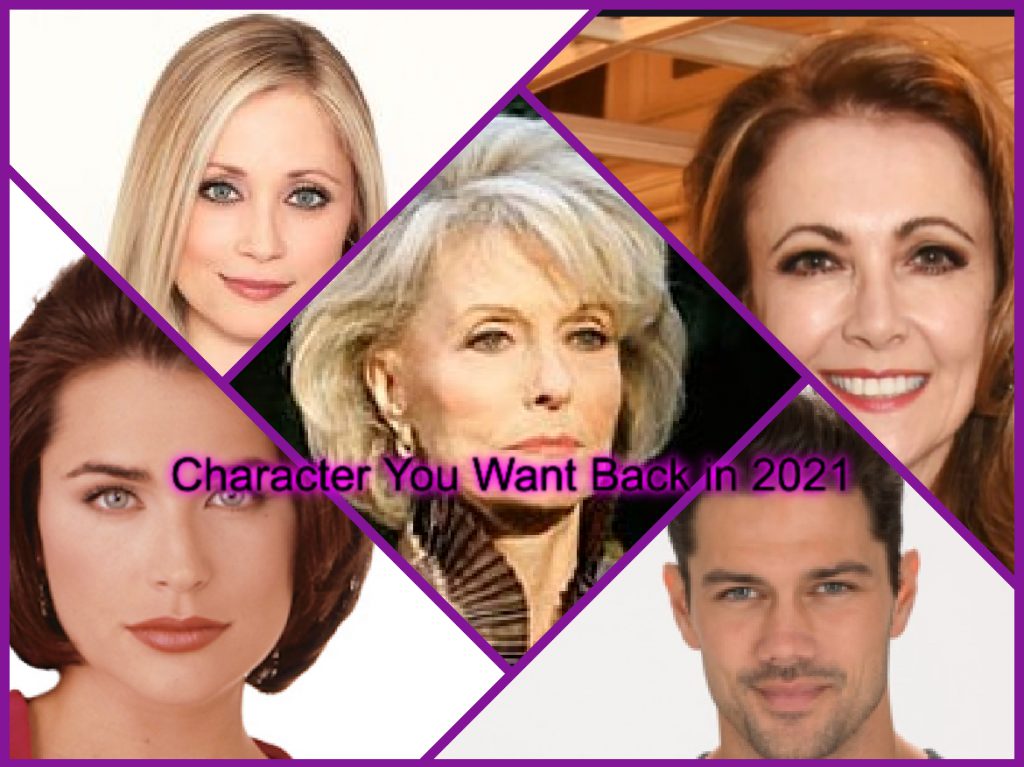 ABC General Hospital spoilers tease that each viewer has favorites among the residents who reside in Port Charles, NY. One of the worst things to happen for a hardcore soap fan is to see their favorite character leave the screen. Sometimes a character outlives their usefulness and they just have to go, by any means necessary. And every soap fan knows that “dying” on a sudser is no guarantee the character will stay gone!
Here are five characters we would like to see come back to Port Charles in 2021—no matter how implausible it may be!

General Hospital spoilers show that hardcore Naxie fans would love to see good guy Nathan West (Ryan Paevey) come back and save Maxi Jones (Kirsten Storms) from evil Peter August. It would be a return from the dead but it’s not like it’s never been done!

Helena Cassadine (Constance Towers) needs to come back and show the current crop of villains how evil is really dished out. She is the epitome of the classic evildoer and no deed is too large for her to accomplish. Yes, it would be a return from the dead, but anyone whose family can freeze the world has the cryonics knowledge to perform a simple little feat like coming back from the dead.

General Hospital fans are still scratching their heads as to why Lulu Spencer (Emme Rylan) was written off the show this year. It makes no sense given that her ex Dante Falconeri (Dominic Zamprogna) came back to town, with love in his eyes. It was clear that Lulu was still into him so why did TPTB bust up supercouple Lante?

General Hospital fans got a taste of Holly Sutton’s (Emma Samms) return in 2020 but alas, it was short lived—like mere seconds. Hopefully Emma Samms will reprise her character in 2021 since the door has definitely been left open.

Rena Sofer won’t be able to reprise her role as Lois Cerullo on General Hospital as she is playing Quinn Forrester on The Bold and the Beautiful but it would be lovely to see the tough talking Lois back as a recast. Especially since her daughter Brook Lynn Quartermaine (Amanda Setton) is staying with her but about to come back. And, her ex Ned Quartermaine (Wally Kurth) could soon be single again after cheating on his wife.