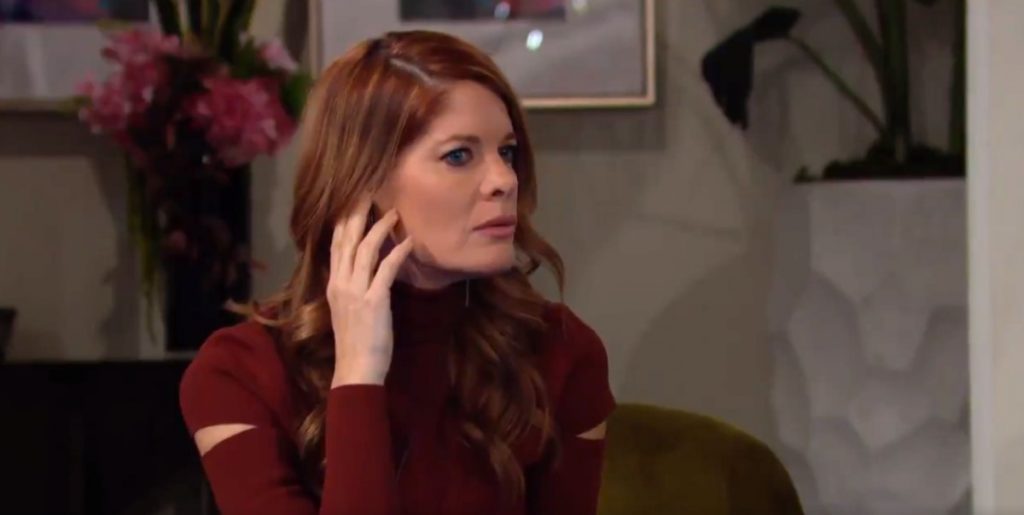 The Young and the Restless spoilers document that Phyllis Summers (Michelle Stafford) has enough information to dramatically impact Adam Newman (Mark Grossman) and Chance Chancellor’s (Donny Boaz) lives. Targeting those two specific people is dangerous, but Phyllis has reason to be brazen.

Respect, that’s what Phyllis is seeking. She hasn’t really earned it from anyone other than Nick Newman (Joshua Morrow) and Amanda Sinclair (Mishael Morgan) since returning from Las Vegas, Nevada.

The Grand Phoenix hotel project was meant to be Phyllis’ rise from the ashes comeback story. But that plan was upended by Abby Newman (Melissa Ordway) and Chelsea Lawson (Melissa Clair Egan) sidelining her role in Y&R’s newest, beautiful setting. 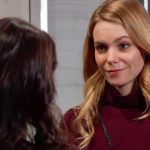 Phyllis somehow made contact with and apparently paid a cocktail waitress to put a listening device under the table where Adam and Chance spoke in Vegas. How that casino employee knew Adam’s location and was able to be present when Chance unexpectedly met up with him is rather soapy. So too was the waitresses ability to plant the device without either man seeing it happen.

However, Y&R fans know that Phyllis’ insertion of herself into their personal lives was bound to increase. She kept pushing and in her trademark style eventually hit intel pay dirt when learning the shocking secret that binds both men together.

So Adam seemingly was present when a guy tried to take Chance down, lunged at Grossman’s character and then was accidentally killed himself. That’s quite the tale in and of itself.

Adam was suffering from amnesia at the time. Chance knew who ‘Spider’ actually was, but opted to keep his cover because of the above-referenced save.

The above means that Phyllis gains the ability to blackmail Chance, as he was obligated to report what happened to the authorities. She also could turn Adam in, with him likely winding up behind bars. But Phyllis needs more information before she can strike.

The Young and the Restless Spoilers: Phyllis Kisses Nick – Is This All Part of Phyllis’ Game Plan? https://t.co/C2X4qjpTSL pic.twitter.com/zcL6YvzmPd

Phyllis would rather retain this information in exchange for what she wants. Adam and Chance’s significant others hold control of the Grand Phoenix. So it would seem an easy leap to believe that Phyllis wants Abby and Chelsea to relinquish full control.

Adam and Chance stand to have their romantic relationships damaged no matter what happens. Abby and Chelsea don’t respond well to threats, but may not have any option other than going along with Phyllis’ demands.