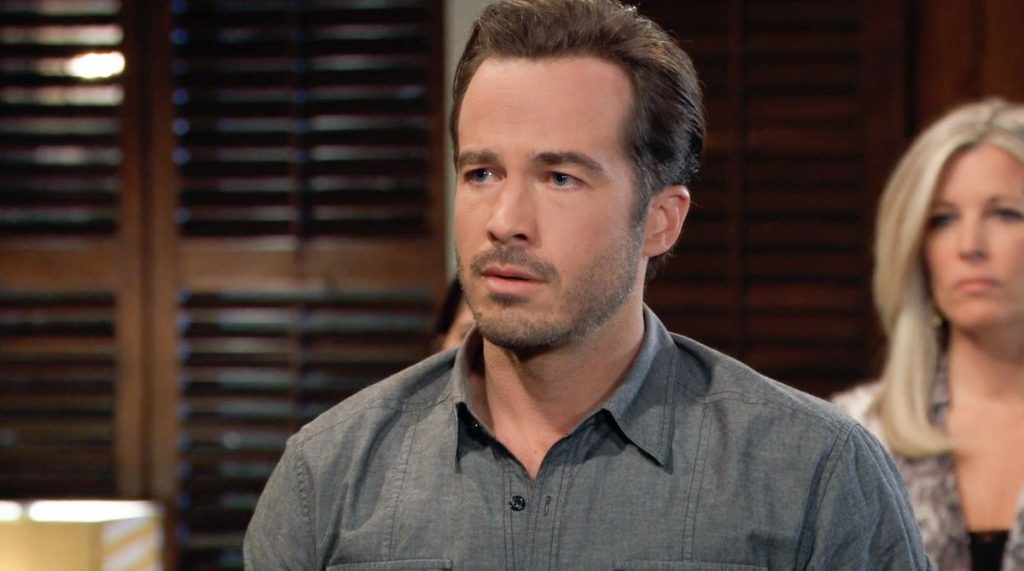 At Pentonville prison, Sonny Corinthos (Maurice Bernard) has come by to chat with his new enemy Cyrus. Cyrus asks if Sonny has made room for him in Port Charles, Sonny says he assumes wrong.

At their apartment, Willow Tait (Katelyn Mcmullen) asks Harrison Chase (Josh Swickard) how his brother is. Chase says Finn is worried about bringing a kid into his life. Chase says he wants to be apart of Wiley’s life in case something happens to his parents. 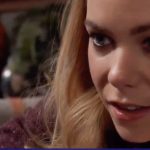 At the going-away party, Lucas Jones (Ryan Carnes) struggles to remember what happened the night of the crash. Everyone tells him to calm down as Michael says he will go grab Wiley. Lucas suddenly remembers what Brad Cooper (Parry Shen) said in the car and he shouts out “Wiley is your son!”

Nelle Benson (Chloe Lanier) stands outside the patio door and overhears the commotion. Carly Corinthos (Laura Wright) asks if Wiley is actually Jonah? Lucas admits that Brad told him during the accident about the switch. Brad explains about the day the baby died and the switch he made with Nelle.

Trina Robinson (Sydney Mikayla) asks Cameron about his college visits. He says it went really well as she tells him about the work at the gallery. Cameron asks about Josslyn Jax (Eden McCoy) and he finally admits that he likes her a lot.

Today's the day. Lucas remembers everything Brad told him the night of their accident. Is Michael ready to hear the truth?
An emotional, new #GH starts RIGHT NOW on ABC! @RyanCarnes1 pic.twitter.com/WVt6FRrplT

At the Pier, Jason Morgan (Steve Burton) pulls a gun on one of the men offloading a ship at the docks. The henchman tells him to go before he ends up dead, Cyrus Renault is a very dangerous man

Cyrus tells Sonny that he has been in charge of the Port Charles pier for way too long, its time for a change. The two men argue about stolen goods and the distribution on the pier.

Taggert and Mac Scorpio catch up

Mac (John York) asks Taggert (Real Andrews) what he’s up to in Port Charles. They discuss Sonny and Mac invites him to dinner with Felicia. 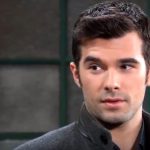 Curtis is worried about his wife Jordan Ashford

Curtis Ashford (Donnell Turner) tells his wife Jordan Ashford (Brianne Nicole Henry) that she is acting shady and he deserves answers. Curtis wonders why Jordan has been acting so strange since he came back to town and he says he spotted them embracing.

Carly freaks out on Brad as she figures out exactly what he did and why. Michael loses it on Brad and can’t believe what has happened.

Nelle shows up at Willow’s and they have a huge fight as she tries to take Wiley. Nelle eventually knocks Willow out.

Jordan calls the jail and asks to meet with Cyrus Renault. Jason sets a bomb off at the pier to destroy Cyruss’s goods…………flash to preview