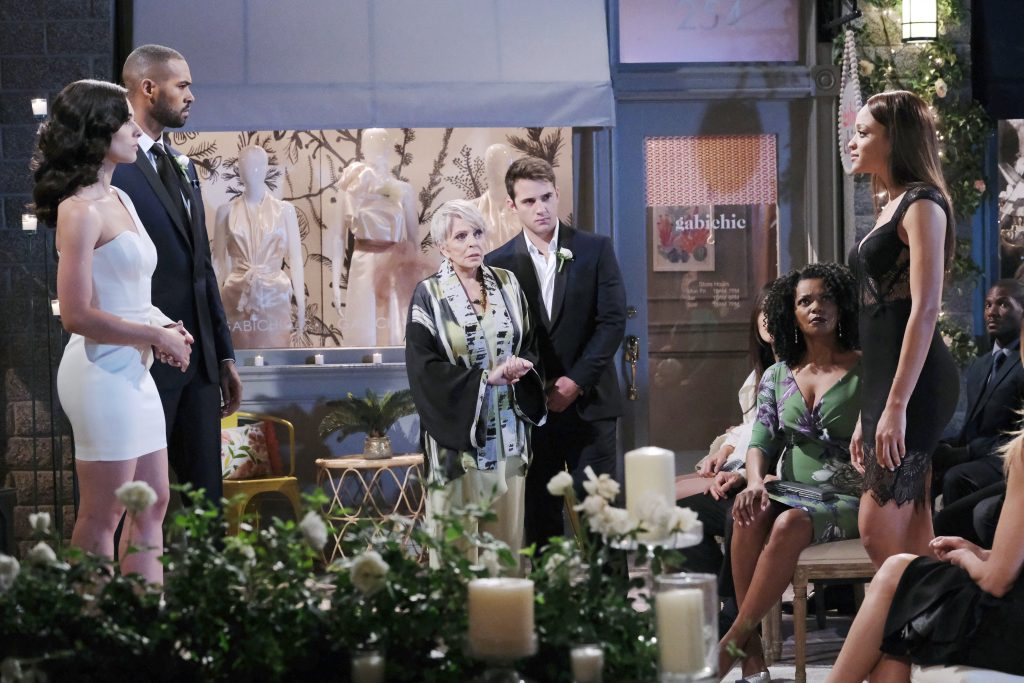 Days of our Lives spoilers show that Monday’s epic episode is exactly why soaps were invented and fans watch! It was an epi for the record books, a one-off that likely won’t be seen in Salem for a long time to come—and that’s a good thing for anyone who wears a pacemaker.

This episode that kicked off a Monday in the middle of February sweeps was all that that fans long for and only sometimes get—weepy melodrama, star-crossed lovers, epic comeuppance and oh, did I mention a nun stripping to her little black naughties? That’s right, DOOL showed it still has the swagger, and that the Lost Year stunt was worth the agonizing wait.

Days of our Lives spoilers – Exactly why did Lani have to strip down from a habit to a little black dress?

Days of Our Lives Spoilers for Wednesday, February 19: Kayla Shocked By ‘Steve’s’ Admission – John And Marlena Have A Romantic Day – Rafe And Justin Try To Track Down Kayla https://t.co/7DJoWHa9EH pic.twitter.com/PHVFe0z7xq

DOOL brass knew exactly what they were doing by prolonging the huge reveal that Gabi (Camila Banus) has been playing with Julie’s (Susan Seaforth Hayes) pacemaker. Soap weddings are notorious for not going off without a hitch (pun intended!) but who doesn’t agree that Eli (Lamon Archey) and Gabi’s blown union was not a thing of beauty?

First of all, the line of the day goes to poor Eli who seemingly doesn’t know the meaning of the word himbo. Once his wedding was interrupted, he accused Lani of tanking all of his weddings. Then again, there were many brilliant lines of the day, like when Lani yelled, “It’s over b****!”

Giving Eli a run for his money in the scrambled brains department, all Rafe (Galen Gering) could do was calmly ask his felonious sister, “What are you doing?” as she zapped poor Julie into a crumpled mess.

Days of our Lives spoilers – Poor WilSon are destined to be

By now we all know that WilSon are an endangered species. Freddie Smith (Sonny) spilled the beans that he and Chandler Massey (Will Horton) were not asked to re-sign their contracts on the NBC sudser. They came back from the show’s hiatus and were not among the actors who were asked to sign on the dotted line.

Apparently, he realized from reading scripts that the writing was literally on the page, and he and Will are being written off into the Salem sunset.

This is sad news for their legions of fans, but if today was any indication, these two will bring it like there’s no tomorrow for the viewership that has supported them through thick and thin.

Who didn’t get weepy watching as these two pined for each other as they remembered last Valentine’s day?

All in all, DOOL showed what it means to be a legendary soap opera—stellar writing and acting, reveals that are worth the wait, and enough cattiness to make sweeps month a success. Let’s hope the rest of the year is as soap-tactular as today was!