The Young and the Restless Spoilers: Nick & Phyllis Team Up To Take Down Adam 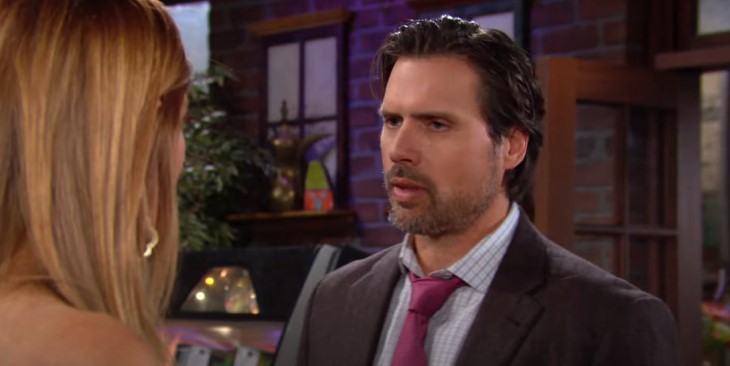 The Young and the Restless (Y&R) Spoilers hint that Nick Newman (Joshua Morrow) and Phyllis Summers (Michelle Stafford) will team up in order to take down Adam Newman (Mark Grossman) and Chelsea Lawson (Melissa Claire Egan). Nick has recently found out about Adam taking over Newman, and he is not happy to hear about the recent development. After confronting Adam and Chelsea, he decides to call Phyllis, probably in hopes of teaming up to take down Adam.

The Young and the Restless Spoilers: Jack Gives Phyllis Advice On Her War With Abby

It is no surprise that Chelsea and Phyllis are bumping heads with each other in this situation. They both have a soft spot for Nick and have kind of been fighting for him since Chelsea came back to town. However, Nick had enough grace to back away when he saw that Chelsea and Adam were starting to reconnect. Chelsea decided to take that opportunity to go back to Adam. However, when Chelsea finds out about Phyllis and Nick, she is quick to come up with a plan to put Adam in the CEO chair. It seems that the fight between these two has turned more into my guy is better than your guy, and I’ll prove it by having my guy have the upper hand. For Phyllis, she bragged about how she had convinced Nick to take the CEO chair while Chelsea came back by helping Adam get the CEO chair.

Viewers know that Nick and Adam have been struggling over the CEO position of the company for different reasons. Nick wants his sister, Victoria Newman (Amelia Heinle), to be able to claim her position back at the company because she worked so hard to get it. While Adam wants to prove that he deserves to be a part of the family but is doing things the wrong way.

The war between the couples is underway as each couple decides to declare war on each other. What do you think? Are Phyllis and Chelsea comparing relationships? Does Chelsea still want both Nick and Adam? Should Adam find a new way to be accepted, or should Nick let Adam keep the CEO position? We’ll give you updates as Y&R news comes in. Stick with the CBS soap, and don’t forget to check SOS often for the latest Young and the Restless spoilers, updates, and news.