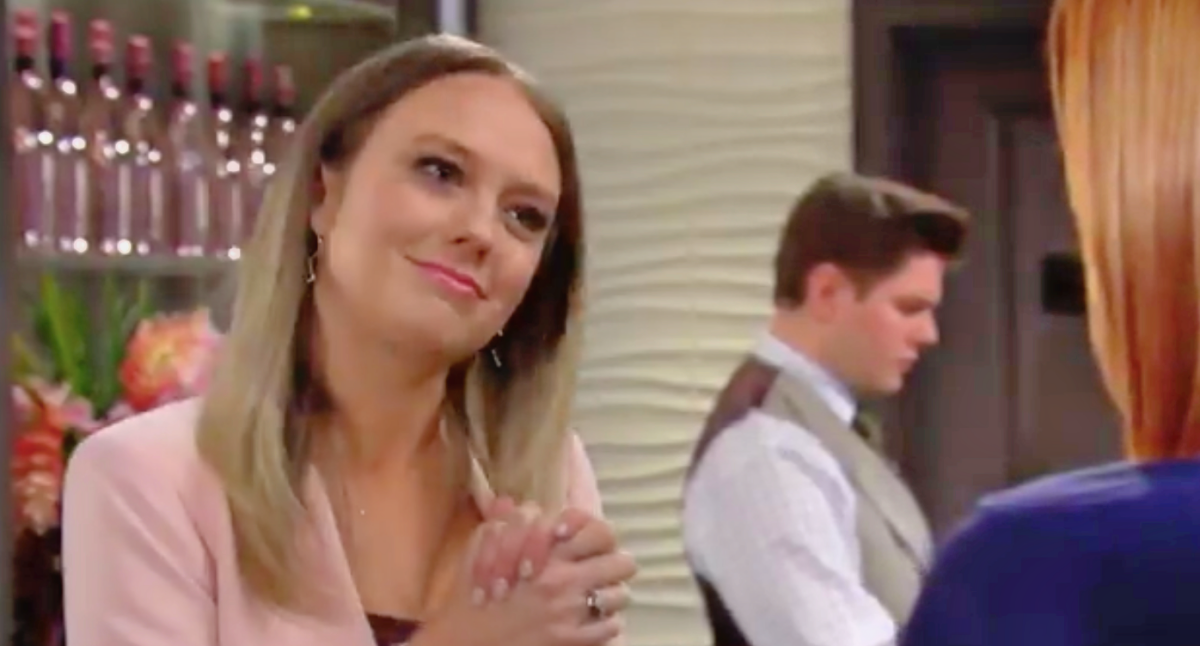 The Young and the Restless (Y&R) Spoilers hint that Abby Newman (Melissa Ordway) may be the one to takedown Phyllis Summers (Michelle Stafford) in upcoming episodes. Phyllis and Abby have been bumping heads with each other for a while as Phyllis tried to get full ownership of the Grand Phoenix.

Now that Abby has decided to let Phyllis have the Grand Phoenix, things have slowed down between the two. However, that will soon change as Abby takes shots at Phyllis when she returns from her trip with Chance Chancellor (Donny Boaz).

Young And The Restless Spoilers: Time For Cane To Come Back And Fight For Lily?https://t.co/uJv84FRK7M

When Abby came back into town, she mixed things up by taking shots at Phyllis. She did this by having her building being worked on during most hours of the day with the builders using unbelievably loud equipment. She then made her true intentions known after she let Phyllis know that she would let the builders use the Grand Phoenix’s bathrooms. Phyllis questioned why she would try to take down the Grand Phoenix when she still had shares involved in the hotel. However, she let Phyllis know that she wanted the hotel to fail in order for Phyllis to be outed from the hotel so that Abby would have both hotels.

It seems that Abby will try to take down Phyllis. However, with her plans revealed to Phyllis, Phyllis may be able to stop Abby. What do you think? Will Abby win, or will Phyllis turn the tables on her? We’ll give you updates as Y&R news comes in. Stick with the CBS soap, and don’t forget to check SOS often for the latest Young and the Restless spoilers, updates, and news.