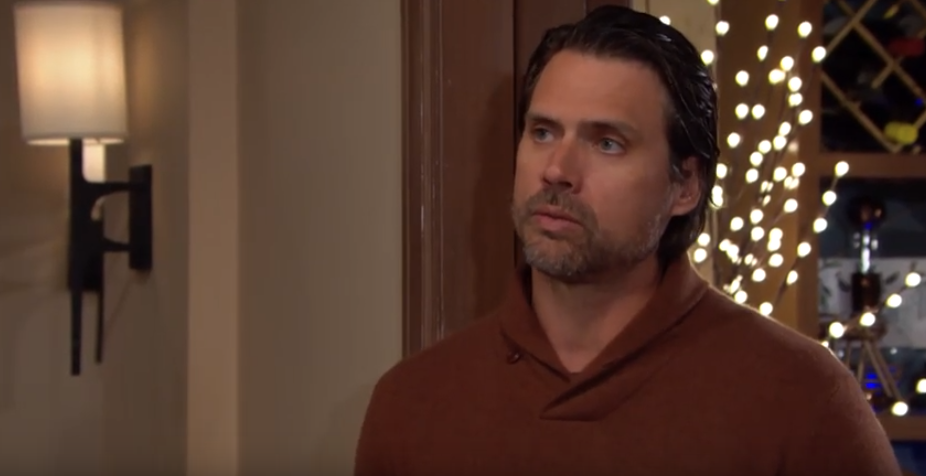 The Young and the Restless spoilers document that Nick Newman (Joshua Morrow) spoke the truth to Phyllis Summers (Michelle Stafford) during a discussion about their daughter’s rebound into Kyle Abbott’s (Michael Mealor) arms. He offered wise advice to Phyllis about a matter that is none of her business, though she wants it to be.

Adam Newman (Mark Grossman) and Chance Chancellor (Donny Boaz) are connected to a lady in Las Vegas, Nevada. Phyllis and the viewers are learning drip by drip information about this intriguing situation. But the difference between the audience and Stafford’s iconic character is that Phyllis wants to use what she learns as some form of leverage against the two guys who are involved.

Young And The Restless Spoilers – Family Should Come First

Adam surprisingly acknowledged that he is traveling to Vegas to handle a situation that involves an unnamed lady that he recently referenced on the phone. Chelsea Lawson (Melissa Claire Egan) asked him about it and he filled in a few blanks, with the promise to provide more information soon.

The above is an interesting comparative plot point, as Phyllis told Nick what she knows, to this point, about Adam and Chance. She rightly considers Morrow’s character to be family due to Summer Newman’s (Hunter King) existence and also because she’s reestablished trust with Nick since last year.

Young And The Restless Spoilers – Nevada Dealings Rather Curious

Y&R fans ears were raised when Chance said that the Vegas issue was a situation that he created. Adam was insistent in telling Chance that he could handle the matter without the help of Boaz’ character. New information was provided to viewers within the exchange.

Apparently Chance was the person who was directly involved with the mystery woman who is now talking to the police. Adam learned that information from Riza Thomas (Tina Casciani), who was his handler during the period where he had amnesia and was going by the nickname ‘Spider’.

So why would Adam be choosing to pay a woman some amount of money on a monthly basis if Chance was involved with her? And with whatever the situation, why hasn’t and can’t Chance handle it on his own?

Phyllis has been onto Adam since she took a trip to Vegas. That happened during the period last year when Stafford returned to the cast.

Adam and Chance’s refusal to answer any questions Phyllis asked continues to fuel her desire to not only learn more information, but seemingly to use it to advance her own agenda. Whether that’s possible will be based on what the situation involves. It’s also fair to believe that Nick will be involved now that he has been pulled into the loop and the issue involves his brother, Adam.