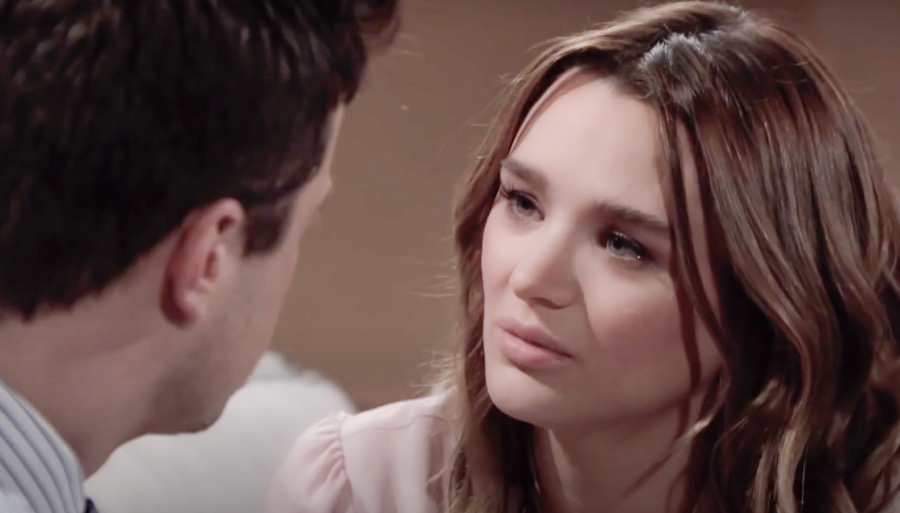 CBS The Young and the Restless spoilers document that in Genoa City, Wisconsin Kyle Abbott (Michael Mealor) is genuinely trying to address Summer Newman’s (Hunter King) concerns. However, his words make his fiance less than secure.

Skyle was on a rushed fast-track to remarriage. Their parents were urging them to put on the breaks, especially because Kyle was still married to Lola Rosales (Sasha Calle) when he first got back together with Summer.

Now, after Summer’s elopement escape, Kyle is desperately trying to restore what he thought they’d rediscovered. His misgivings about her erratic, selfish nature have been revived. Yet, Kyle’s love for Summer is overriding the seeming need to slow this process.

The Young And The Restless Spoilers – Lola Rosales Remains A Factor

It’s fair for viewers to be having a hard time either keeping up with this storyline or accepting the changes in it. However, it could be that the writers are taking fans on a ride with Kyle and Summer’s evolving thoughts about each other that simply aren’t settled.

At first, Kyle was rebounding off Summer to Lola. Then, he suddenly admits that he never loved Lola and always considered Summer to be his number one.

Now, Summer isn’t sure that Kyle is over Lola. So, King’s character is uncertain about remarrying Kyle. Whew.

Based on Skyle’s lengthy history, it’s accurate to accept that couple, as opposed to Kola, as the greater power. That doesn’t diminish or erase what Kola briefly was and shouldn’t push viewers off, as their time investment in this couple wasn’t wasted.

Summer was right in saying that Kyle wouldn’t stay with Lola. She also loves him more than any other guy.

So, Kyle’s mixed feelings aren’t really what he feels for Summer. Rather they suggest that he’s unsure what she feels for him now.

It’s okay for Summer to be scared and even frazzled. Love isn’t logic or a perfect step from a to b.

However, Kyle is the type of person who needs Summer to tell him what she wants. Then, he needs to give that to her and let the Skyle remarriage begin.

Alternatively, if Summer isn’t certain that Kyle is actually committed to her, then she could extend the engagement process. A proper wedding could be planned, which would create a natural delay. This assumes that Kyle would agree to Summer’s request, which he should if his claims of true love are real.