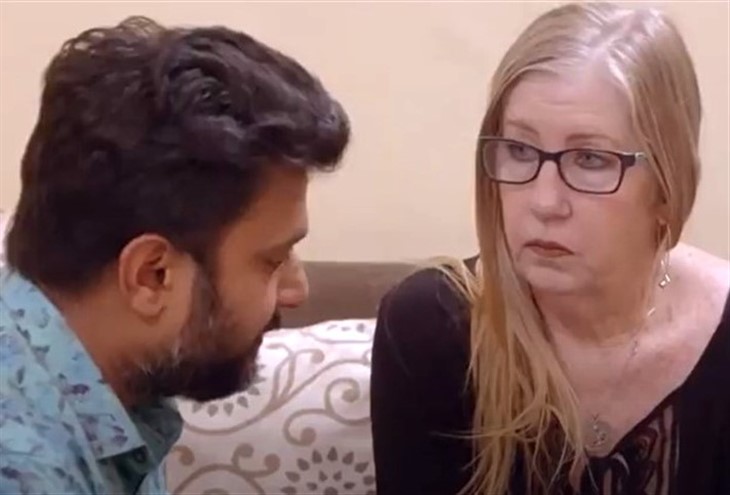 TLC 90 Day Fiancé – The Other Way spoilers and updates reveal Sumit Singh didn’t anticipate money being an issue in his divorce proceedings‘.  Separate from however that legal point is resolved, his parents have long feared the loss of their son to Jenny Slatten.

Sahna, Sumit’s mother, and Anil, his father, shared their seemingly fading dreams for the future. Sumit continues to insist that he will not abandon them, which is an issue he persistently reinforces with Jenny as well.

Fans are wondering if Sumit will be able to deal with everyone’s seeming expectations and the pressure he’s applying to himself?

Sumit has a shortening period of time to make his part of what is a mutual decision. Jenny’s tourist visa doesn’t expire for a number of months. So, she can stay in India with him.

As promised to Jenny, Sumit did initiate divorce proceedings with the woman that his parents had him marry. The arranged circumstance is accepted in his culture but did not prove to be beneficial in that particular instance. The possibility that Sumit won’t be able to meet his hoped-for wife’s financial demand, which could potentially be tagged as a request if compromise happens, may inject additional drama into an already complex situation.

Sahna is 54 and Anil is 58. Both of Sumit’s parents have reasonable concerns about their son’s future if he marries Jenny, who is older than both of them.

Jenny’s statement to Sumit, that she’s healthier than both of his parents, was fully subjective. Any human being, regardless of one’s current health status, can retain a positive level indefinitely, or become unhealthy at almost any time. So, the age factor of all three people can’t be discounted.

It’s natural for parents to wonder how, or if they’ll be cared for in their declining years. Married couples also think, with wise foresight, what may happen to either surviving spouse and attempt to make contingency plans.

It’s not selfish for Sahna, or Anil, to have concerns about the future and Sumit’s place in their care, even considering that he has a brother, Amit, who could also help, assuming that he lives a healthy life to full age.

It was heart-breaking to see Sumit recant the chilling thoughts that were in his mind during the period when he was in an arranged marriage. His willingness to go along with his father’s request to marry appears to have taken place due to Sumit’s sense of respect. What’s not known is if Sumit definitively felt that he couldn’t find a suitable wife on his own.

There’s no doubt that Sumit loves Jenny. Their mutual feeling isn’t a crush or representative of undeveloped thoughts. They’ve known each other for years and have now spent significant amounts of sustained time together on three separate occasions in India.

Here’s hoping that Sumit’s loved ones, which include his family, Jenny, and friends all help to diffuse tensions. Sumit shouldn’t be expected to carry the bulk of the weight of this serious matter or be allowed to feel that he has to do that, which appears to represent his perception.

’90 Day Fiancé’ Spoilers: Yazan Has Moved On From Brittany – Hints…