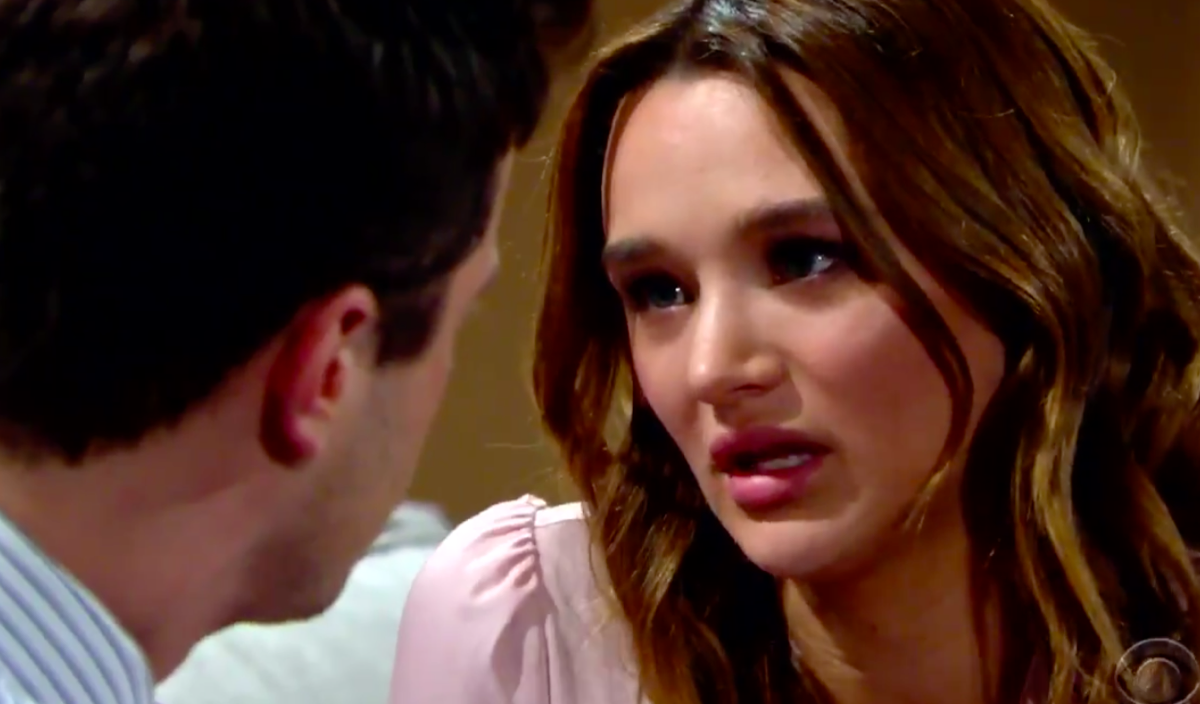 Kyle Abbott (Michael Mealor) loves Lola Abbott (Sasha Calle) on ‘The Young and the Restless’. He hasn’t been in love with Summer for well more than a year. But Kyle never stopped caring for this former girlfriend and momentary wife.

Remaining fond of an ex-significant other is common. What’s not is being as closely tied to Summer Newman (Hunter King) as Kyle has been.

Summer is Kyle’s go-to person at work, as she heads Jabot’s marketing department. That, along with their personal history, has allowed Summer to remain in a uniquely close position to Kyle.

As Y&R fans recall, Summer’s initial offer was to donate half of her liver to Lola, who was in desperate need of a transplant. The organ donation was part of Summer’s plan to force Kyle into marrying her, which he did.

But Kyle couldn’t stand ‘Skyle’ as an official couple and ended the union shortly thereafter. Something good did come out of that nuptial travesty, as Lola and Summer dropped their negative feelings toward each other and established mutual respect. Yet, another problem was developing.

Young And The Restless Spoilers – Theo Vanderway Is A Major Problem

Theo Vanderway (Tyler Johnson) was interested in Summer before he turned his gaze to Lola. As Y&R viewers recall, Theo waited until he verified that ‘Skyle’ was over. Then, he asked Kyle if he was okay with him pursuing Summer.

Kyle was still good with Theo at that point in the plot. But then things radically changed because Lola caught Theo’s eye and apparently, his heart.

After previously becoming enraged at Kyle and trying to sabotage his life, Theo was later discovered to be Dina Mergeron’s (Marla Adams) grandson. That pushed this conflict into family fight territory, with Kyle recently knocking Theo down with a punch to the chops.

Young and the Restless News: Tyler Johnson Gets A New Job! https://t.co/yo7cL3JeQH

It is an obvious mistake for Kyle to rebound into Summer’s arms and kiss her because he believes Lola is fond of Theo. But this situation will become terrible if Kyle allows himself to get further carried away.

Savvy soap fans took notice of the sharply written dialogue, where Lola revealed to Kyle why she understands Theo’s point of view. Lola, like Theo, knows what it was like to grow up without money. Kyle does not.

Johnson’s character has also been painted as the outsider by Kyle. Plus, Mealor’s persona is from the right side of the tracks and Theo is deemed as from the wrong side.

Lola will rightly respond when learning that Kyle betrayed their marriage vows by kissing Summer. But Calle’s alter ego could go so far as to separate from, or seek a divorce from Kyle if he crosses further over the morality line and, or doesn’t bridge the perceived class gap with his wife.