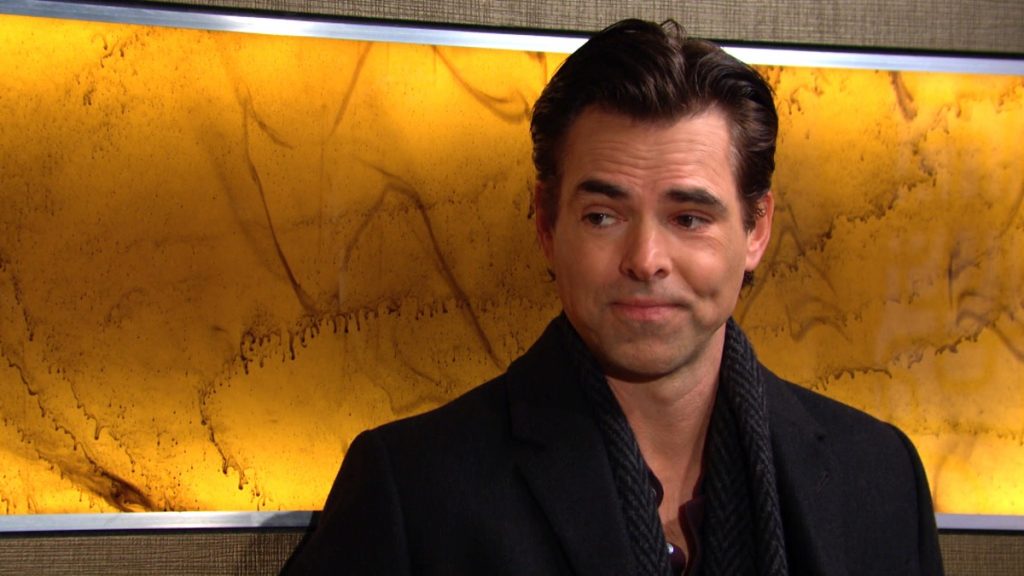 Viewers of The Young and The Restless will recall that Devon Hamilton (Bryton James) had found out that the Feds had tracked Colin to a hotel in Buenos Aires, Argentina when they had contacted Chance Chancellor (Donny Boaz) with an update.

They’d only missed him by an hour, and even though Chance is no longer a Federal agent, he is still an interested party because Colin had used his name in his con and so his buddies from the agency keep him informed of the progress of the hunt for Colin. Jill is involved also as an interested party so even though the Feds may not keep her updated, either Chance or Devon will.

Cane Ashby Had Also Gone On The Hunt For Colin Atkinson

Cane Ashby (Daniel Goddard) had also gone on the hunt for Colin, wanting to retrieve the money Devon had given him and Colin had somehow stolen from his accounts! He had wanted to establish a trust fund for his and Lily Winters’ (Christel Khalil) young twins.

Devon is interested in the twins’ welfare as well, since he is their uncle through Lily. Jill, having a son with too much time on his hands, looking for adventure and getting himself generally into trouble, decides to give him an adventure – one that will benefit her and everyone concerned with Devon’s lost inheritance, and that she should send Billy to join Cane overseas in the search for Colin!

Will Billy Abbott Be Responsible Enough To Do What His Mother Asks Him to Do?

The question is, will Billy even be responsible enough to do what his mother asks him to do? Will she pay his travel expenses or give him an expense card? It will probably not be in Jill’s best interests to just give Billy an expense card – he might just run off and gamble it away. He recently bought himself a brand new sports car and promptly wrecked it – but what is he using for money?

Victoria Newman (Amelia Heinle) certainly isn’t financing him – they are in the process of eventual divorce, and he needs to stand on his own two feet financially, and right now he’s just spending everything he has left and no income to replace the outgo! Maybe that’s why she wants him to join Cane – so there can be some accountability! Cane certainly knows his father better than Billy would but two heads are better than one and hunting down a con man and helping bring him to justice might be just the type of adventure that Billy needs to decide that he doesn’t need any more adventures!