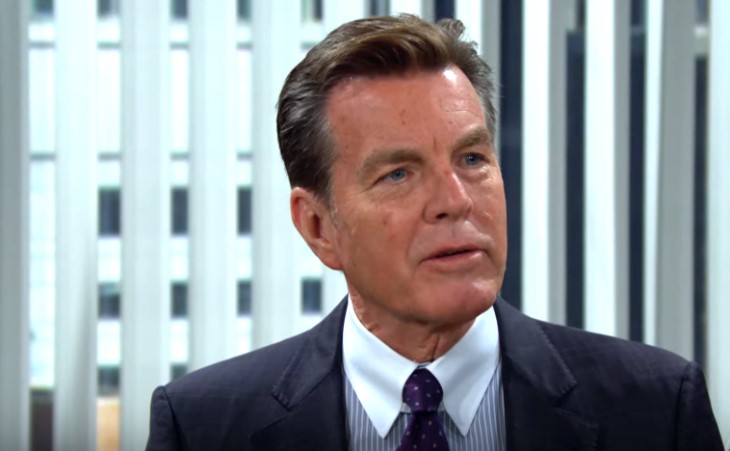 The Young and the Restless (Y&R) Spoilers hint that Jack Abbott (Peter Bergman) will act as a mediator for Theo Vanderway (Tyler Johnson) and Kyle Abbott (Michael Mealor). Theo and Kyle have been at each other’s throats even more now than ever, and it does not look like they will reach a stopping point anytime soon.

Jack has been trying to get Theo and Kyle to work well with each other. Kyle and Theo have been going at each other since Theo came into town. This has made their friendship turn them into enemies. These two rivalries continued as Theo became jealous of Summer Newman’s (Hunter King) friendship with Kyle and decided to become close to Lola Rosales (Sasha Calle).

This made Kyle jealous in response to that. However, it seems that Jack will become tired of the back and forth bickering. Jack tried to get the two to get along, but his efforts seemed to have fallen on deaf ears when it comes to the two. So what might he do differently this time?

Jack has had one success that he has not realized, which was talking Theo out of targeting Kyle and trying to take his position away from him. However, this could always change. Still, Jack will soon reach a breaking point when it comes to these two. This will happen when he finds the two arguing in front of Dina, which will freak her out, and he will sit them both down to have a talk. Hopefully, they will listen to Jack’s words and will not go right back into arguing again.

Viewers will see, in upcoming episodes, Jack trying to get Theo and Kyle to see things his way and get them to stop fighting with each other. What do you think? Will Jake get through to them? Will Theo and Kyle put their differences aside? We’ll give you updates as Y&R news comes in. Stick with the CBS soap, and don’t forget to check SOS often for the latest Young and the Restless spoilers, updates, and news.