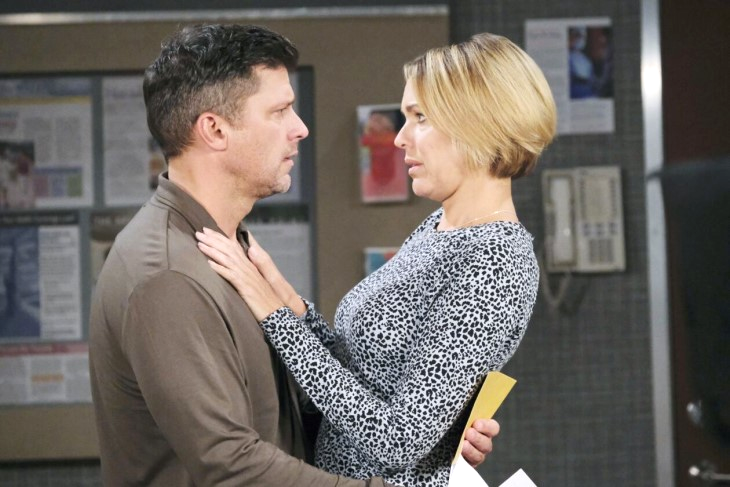 Days of Our Lives spoilers reveal that Nicole Walker (Arianne Zucker) told Eric Brady (Greg Vaughan) that they should keep the baby swap a secret. Her reasoning is that Kristen DiMera (Stacy Haiduk) couldn’t possibly change “that much that quickly.” Is she right about the reformed villain? Would Mackenzie “Mickey” Horton (the May twins) be better off without Kristen as a mother? 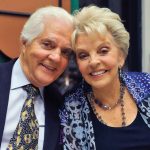 DOOL spoilers reveal that Nicole feels for Eric and can’t stand to see him in so much pain. This, along with her hatred for Kristen prompts her to come up with the idea of not telling anyone the truth. However, it would not just be prolonging Kristen’s pain, but Brady Black’s (Eric Martsolf) as well.

At first, Eric tells her that it’s wrong to keep the baby swap a secret from everyone. However, by the end of the episode, he was trying to figure out what to do.

On the one hand, it’s easy to understand Nicole’s hatred for Kristen. Not only has she hurt people in the most unimaginable ways for decades, but she kidnapped the woman and her daughter, Holly Jonas. Kristen also wore a Nicole mask and then seduced Brady, which led to the she-devil getting pregnant.

However, losing her baby and going into the convent really did seem to change Kristen. She has come a long way, but people are still concerned that she could quickly revert back to her old ways.

Days of Our Lives spoilers reveal that while Kristen does seem stable now, that doesn’t mean she will remain that way. How many times have we seen a character “go good” only to have them backtrack the minute they don’t get what they want?

On the other hand, nobody has the right to judge someone’s ability to be a mother, especially Nicole. Has she forgotten her own scheming past? At one point, Chloe Lane (Nadia Bjorlin) fought for custody of Holly, so she should understand how painful be deprived one’s own child would be. After all, the baby swap will come out eventually.

During an interview with Soap Opera Digest, actress Arianne Zucker confirmed that in the end, Eric decides that the truth must come out. He ends up Brady, Nicole, and Kristen. However, how will Brady react, especially since just before that, he had confided in Nicole about the birthmark? She didn’t say something about the truth then and that might not sit well with him.

Be sure to catch up on everything happening with DOOL right now. Come back here often Days of Our Lives spoilers, news, and updates.

General Hospital Spoilers: Big Development On The Way For TJ – What’s Next For The Ashford Family?