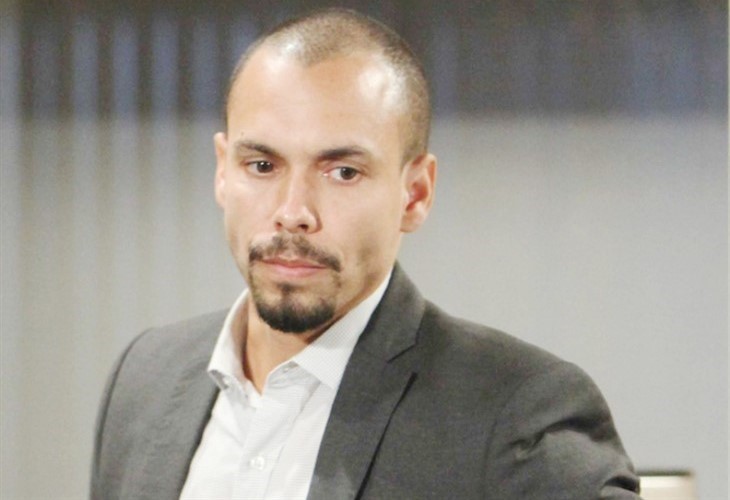 The Young and the Restless spoilers document that in Genoa City, Wisconsin Devon Hamilton (Bryton James) and Nate Hastings (Sean Dominic) were skillfully placed together at the penthouse by the one person who could bring them together. Lily Winters (Christel Khalil) is the defacto head of the family, with Olivia Winters (Tonya Lee Williams) out of town.

The glimmer of hope for eventual reconciliation between Devon and Nate is legitimate. Both men began talking and obviously had cooled down during their Thanksgiving Day get-together. They also agreed that a first step had been taken toward patching up their differences, as Lily hoped when citing the deaths of Neil Winters (Kristoff St. John) and Hilary Hamilton (Mishael Morgan).

The Young And The Restless Spoilers – Devon Hamilton Is Right

Devon has every right to be angry and to deal with that in whatever way he has to for whatever reasonable amount of time. So, what’s reasonable? Well, in soap time that would be at least through the start of the new year.

If Devon never met Elena Dawson (Brytni Sarpy), or hadn’t been involved with her when she and Nate connected, would James’ character believe that Nelena wasn’t a match? Some, including Devon, of course, will swipe this query away as irrelevant.

Elena broke Devon’s trust and did so with his cousin. That makes Devon the victim, with the full ability to hold both Elena and Nate accountable.

Nate was wrong in starting what may be a relationship with Elena. But he didn’t deserve to be physically punched by Devon, which caused the fall.

While the status of Nate’s hand injury remains fluid, he’s currently not able to perform surgery. That fact denies those patients who would have benefited from his gifts, which Devon now feels guilty about.

Elena made a mistake that might cost her Devon for good. She still loves him, but if he’s not able to get past what happened, then Elevon, or Nelena if one prefers, is over.

Devon’s romantic interests are shifting to Amanda Sinclair (Morgan), who is the specific person Elena feared would come between her and Devon. But whatever Elena is developing with Nate is far from secure. So, time will tell if she is able to move on to this seeming next love.