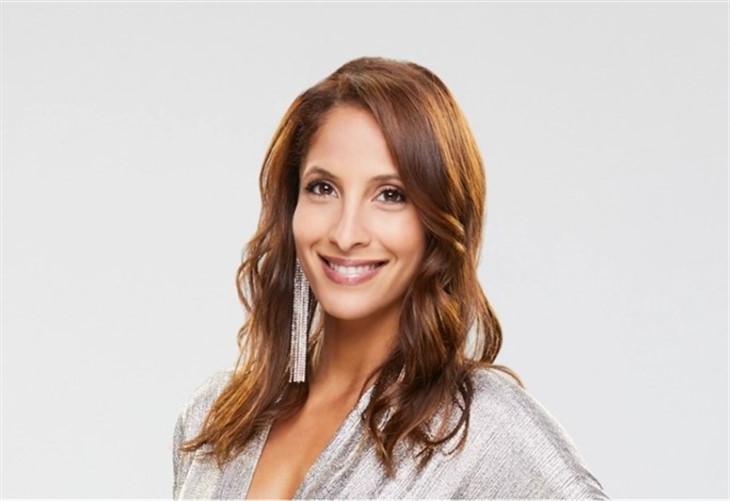 The Young and the Restless star Christel Khalil who plays Lily Winters on the popular Daytime Soap is celebrating a birthday today. (November 30, 1987) In celebration of her birthday, we decided to compose 5 things you need to know about Christel.

Enjoy The List And Make Sure To Head Over To Twitter, RIGHT HERE, And Wish Christel A very Happy Birthday!

1. Christel was born Christel Adnana Mina Khalil on November 30, 1987, and she is a Sagittarius. She was born in Los Angeles, California. Christel’s mom is of Native American, African American, and European descent and her father is Pakistani; she has said that she identifies as mixed race. She has four siblings.

2. Christel portrays Lily Winters on the CBS sudser The Young and the Restless. She has been nominated four times for a Daytime Emmy in the Outstanding Younger Actress in a Drama Series and she won the award on June 23, 2012.

3. Christel announced in August 2018 that she made the decision to go from a contract role to a recurring role on The Young and the Restless in order to have more freedom in her professional and personal lives. She appeared sporadically until 2020 when she returned to a regular filming schedule.

Khalil has appeared in the movies Dragon Fury, Matilda, Interview With the Assassin, and White Like the Moon. She voiced Cornelia Hale in W.I.T.C.H. and appeared on That’s So Raven and Malcolm in the Middle. Prior to her The Young and the Restless role she appeared in Los Angeles theater productions.

Christel appeared in musician Johnny Britt’s music video for his single Beautiful Queen in 2012 and in 2018 she co-starred in the indie film Good Deed, which premiered on Lifetime network the same year but retitled Sorority Stalker. In 2019, she was cast in the indie film We Need To Talk.

4. Christel married musician Stephen Hensley in 2018 and it was a The Young and the Restless family affair as co-star Elizabeth Hendrickson (Chloe Fisher) served as a bridesmaid while Bryton James (Devon Hamilton) was a groomsman; she is best friends with Bryton James, who portrays her character’s brother, Devon Hamilton on The Young and the Restless.

5. Christel gave birth to her son in 2010. The baby’s godfather is Bryton James. She and Hensley split in 2011 and later divorced. In 2018, Khalil announced that she had been in a relationship with Canadian businessman Sam Restagno for years. In 2019, she and her son relocated to Toronto, Ontario and they returned to LA the following year.

Be sure to catch up on everything happening with Y&R right now. Come back here often The Young and the Restless spoilers, news, and updates.

General Hospital Spoilers: Lulu Was Investigating Cyrus, Will Peter Take Over The Job?