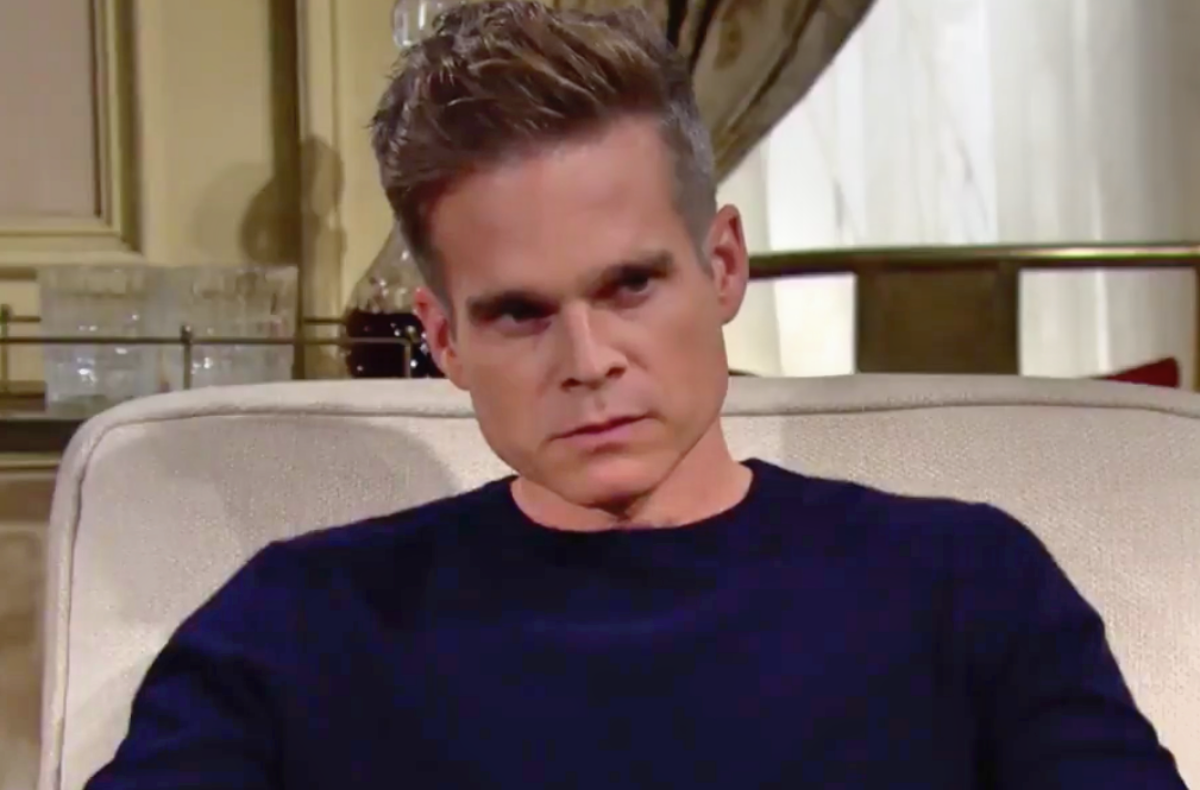 Y&R Spoilers: Chance Chancellor Had A Job For Kevin Fisher

Viewers of The Young and The Restless will recall that Chance Chancellor (Donny Boaz) had a job for Kevin after he so quickly cracked the code in a text on Devon Hamilton’s (Bryton James) phone, which turned out to actually be an overseas bank account number that led to Devon getting his inheritance back.

Chance was very impressed at Kevin’s skills, and later came across Kevin at the Chancellor Estate and had a job for him. Phyllis Summers has been trying to blackmail Chance and Adam Newman (Mark Grossman) over what happened in Las Vegas when Adam saved Chance from something, which sounds like possibly being blamed for a murder.

Adam has been paying off a woman in Las Vegas who had recently been asking where her husband and his money is, and Phyllis had managed to spy on Chance and Adam long distance by having a waitress plant a bug on the table in Las Vegas where they were sitting and talking. They had gone back there to handle something regarding this woman who had been asking too many questions!

Young And The Restless Spoilers: Kevin Fisher Needs The Money And Chance Chancellor Is Paying Him Well For His Trouble

Kevin had mentioned the new baby coming and that he needed pay worth his trouble and Chance gave him an IOU for a large sum, which Kevin gladly accepted, after questioning why Chance couldn’t do this himself. Chance told Kevin that it was a private matter and that no one would even know he was ever involved. His task is to hack into Phyllis’ computer and flash drive and delete the recordings of Adam and Chance’s conversations in Las Vegas.

That way she hasn’t got a leg to stand on with any blackmail or leverage she was planning to use this information for; she has her mouth, but without the recordings, she has no proof that what she is saying is true! Kevin well remembers being under the thumb of Phyllis several times in several different situations, and Adam had also forced him to hack into computers before, notably to find some incriminating evidence on his brother Nick Newman (Joshua Morrow) when they were in a custody fight over Christian Newman (Alex Wilson) several months ago.

#YR Chance and Abby’s Relationship Heats Up, While Mariah and Tessa Fall Aparthttps://t.co/2LnqU5FhTI

But right now, Kevin kind of ignores those memories of being under Adam’s thumb because he needs the money too badly to turn Chance down for the job because of Adam’s involvement. Besides, things are much different now than they were then.

Y&R Spoilers: Chloe Mitchell Gets Wise To The Plan And Hears Phyllis Summers Talking And Knows Kevin Fisher Will Be In Trouble

However, Chloe gets wise to the plan, with Kevin telling her enough of it for her to know that he has to delete recordings from Phyllis’ laptop and flash drive. Then she overhears Phyllis’ big mouth talking to someone about how she somehow knew that Chance hired Kevin to hack her computer – maybe she’s overheard bragging to Adam that their little Vegas secret won’t go away that easily. Chloe then goes back to Kevin and warns him of what she knows, and he will likely in turn inform Chance and they will have to come up with a different battle plan!