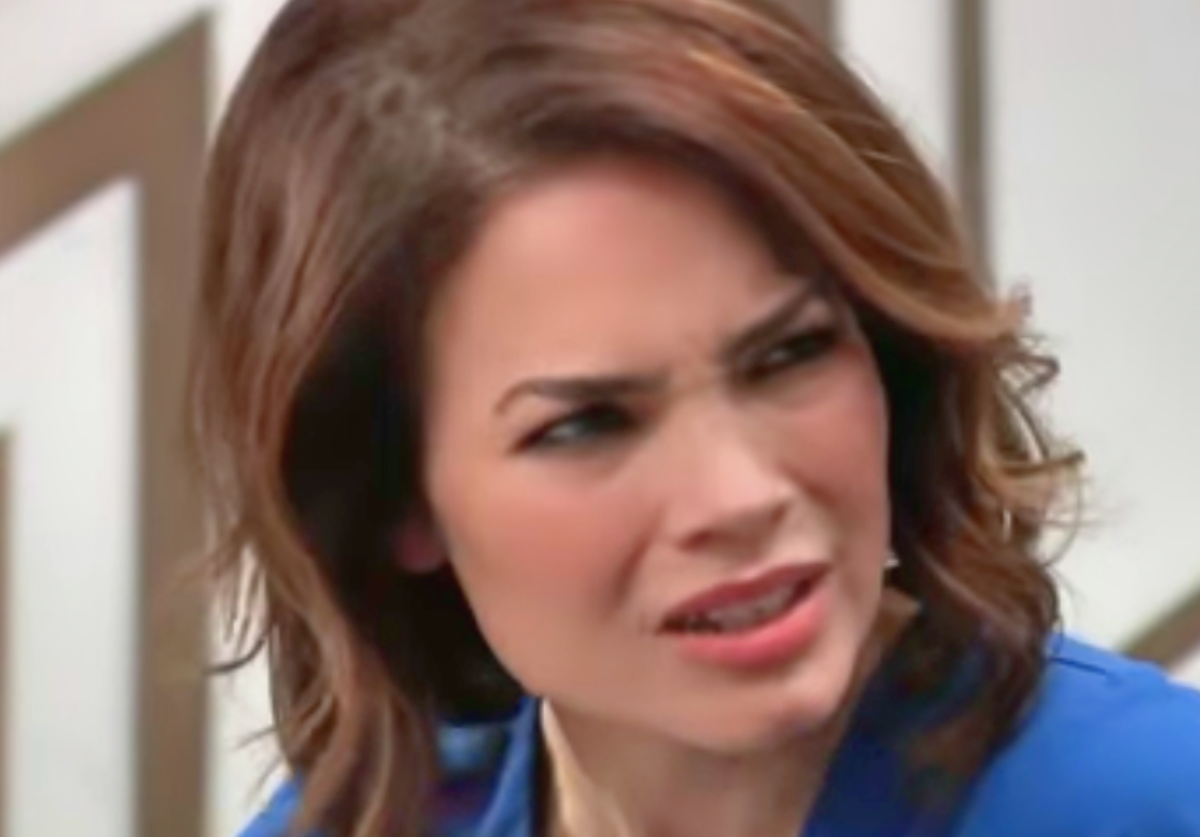 General Hospital (GH) spoilers tease that Portia Robinson (Brooke Kerr) is about to hit Port Charles as a new doctor. She is also Trina Robinson’s (Sydney Mikayla) mother and she will most definitely have some strong opinions. Both parents could think that their child is in danger because of the other. But look for Portia and Elizabeth to clash over their opinions.

Cameron Webber (William Lipton) and Trina recently went on their first date. Although they went as friends, it seems like Cam started to look at Trina differently. But since they were kidnapped on their first date because Cyrus Renault (Jeff Kober) targeted Trina to get at her father Marcus Taggert (Real Andrews). Once Elizabeth Webber (Rebecca Herbst) find out why her son was kidnapped, she may not want Cameron around Trina at all!

General Hospital Spoilers: Both Parents Will See The Other’s Kid As Trouble

This wasn’t the first time Cameron has been kidnapped. Last fall, Shiloh Archer (Coby Ryan McLaughlin) took Cameron with the intent of implanting Drew Cain’s (Billy Miller) memories in Cameron. But Cameron’s stepfather, Franco Baldwin (Roger Howarth), arrived in time and took Cameron’s place. Portia may see Cameron as a danger magnet, and also not want them to be together.

Both parents will have valid reasons for thinking they may be a danger to each other. But Cameron has been Josslyn’s friend for years and she is Sonny Corinthos’ (Maurice Bernard) stepdaughter. If something bad is going to happen, it’s going to happen and trying to tell two teenagers who may be becoming more than friends will find a way to be together regardless of their parent’s wishes!

General Hospital Spoilers: Will Ava Succeed In Getting Nikolas To Cheat On Her? https://t.co/Kx3qgl2D2S pic.twitter.com/s7mbzwTule

If Trina and Cam truly do start to see each other in a romantic way, there is no way they will stay away from each other, no matter what either of their parents want. More than likely, they will enlist the help of Josslyn and Dev Cerci (Ashton Arbab) to sneak around. But of course, if they get caught, they will have to face the wrath of their parents.

Will danger ramping up in Port Charles, will Portia and Elizabeth have reason to want Trina and Cameron apart? Will they obey their wishes or sneak around, especially if they begin to look at each other in a romantic sense? Will danger come again for these two> Only time will tell, so stay tuned to General Hospital airing weekdays on ABC. And don’t forget to check back here regularly for all your General Hospital news, information and spoilers!