The Young and the Restless Spoilers: Devon Willing To Forgive – Colin’s Response Unexpected 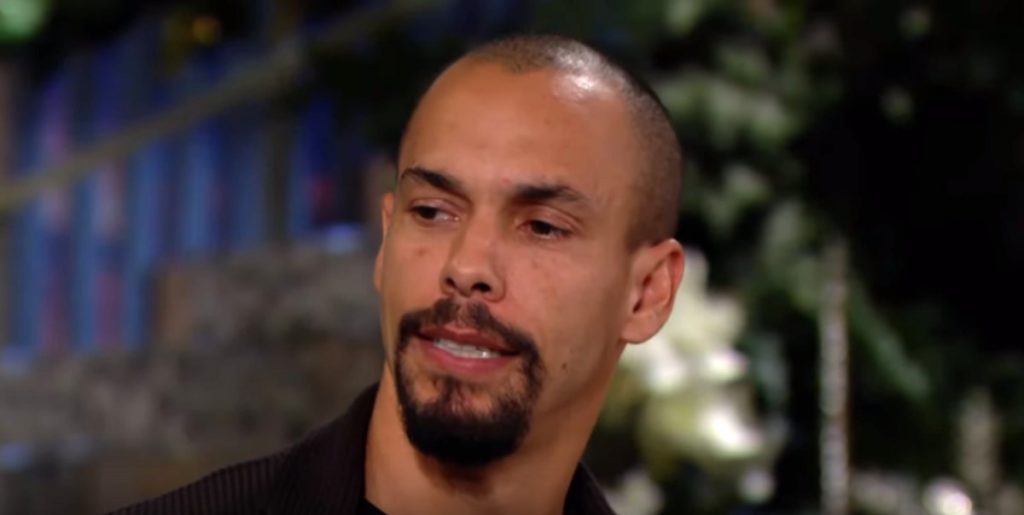 The Young and the Restless spoilers document that Devon Hamilton (Bryton James) just wants to move on with his life, which has been improving in recent months. Receipt of an initial mystery text that contained a series of numbers proved to be an offshore bank account.

Chance Chancellor (Donny Boaz) solicited Kevin Fisher’s (Greg Rikaart) technological help. Rikaart’s character’s hacking skills have been used for good, at times, with this being one of them.

As Kevin confirmed, nearly two and a half billion dollars was anonymously deposited into an account in Devon’s name. Receipt of a subsequent text included the word mate in it, which seemed to purposely imply that it was from Colin Atkinson (Tristan Rogers).

Rogers is a veteran daytime actor, who’s most notable role hasn’t been playing Colin on this show since 2010. Instead, Atkinson has embodied Robert Scorpio on General Hospital since 1981.

Atkinson has also been playing Lex Martin on the acclaimed internet soap opera, The Bay, since 2010. Hardcore fans of this actor also know that he briefly portrayed Hunter Jones on Y&R’s spin-off, The Bold and the Beautiful, in 1997.

The unique talent Atkinson brings to the screen, combined with the chemistry he and Jess Walton (Jill Fenmore Atkinson) share, always makes for compelling drama, as was seen when Jilin was reunited at the end of 2019.

The relationship that Elena Dawson (Brytni Sarpy) is creating with Devon included tension in the recent past. But those issues appear to be behind this likable couple.

Devon was suffering the aftereffects of losing Hilary Hamilton (Mishael Morgan) and their unborn child. He was seeing visions of his deceased wife last summer, which actually was a Y&R masterstroke.

Morgan’s secret return to the show as a new character (Amanda Sinclair) was fronted by her being on the set purely to record scenes as Hilary’s ghost. She was doing that, but as part of a well-orchestrated ruse.

The Young and the Restless Spoilers: Why Did Y&R Really Breakup Kyle and Lola?https://t.co/F9Fa6xNdMp

The Young And The Restless Spoilers – All Appears To Be Restored

So, Devon has his money back. That means Katherine Chancellor (Jeanne Cooper) is surely smiling from above, while also keeping an eye on Colin, wherever that rapscallion is.

Now, Devon will be able to continue pursuing upbeat goals with his grandmother’s legacy inheritance reclaimed. One pursuit will include furthering his relationship with Elena, unless, of course, Amanda is revealed as Hilary’s identical twin, with expected repercussions impacting Delena.

General Hospital Spoilers: Ava Has A New Plan In Motion – Will Nikolas Cheat On Her?