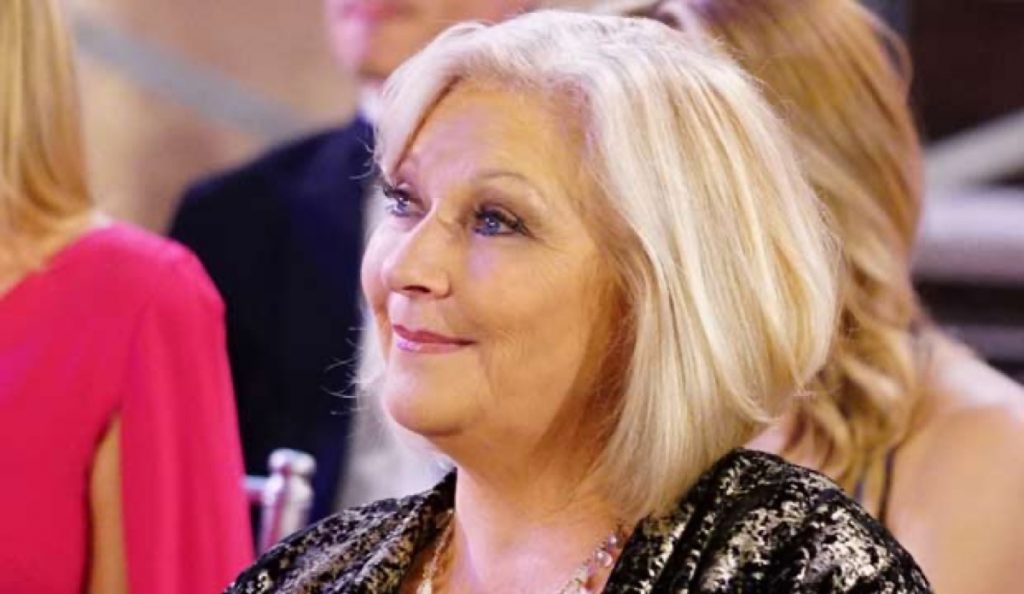 The Young and the Restless spoilers reveal that fans of perennial fave Beth Maitland (Traci Abbott) are thrilled to have the actress back in the Abbott house where she belongs. The actress herself has been open about her joy at returning to the soap she’s been a part of for decades. We last saw the lovely lady at Christmastime but by all indications we will be treated to much more of her friendly presence in the future.

Longtime fans of the amazing actress may remember the day they first laid eyes on Traci—almost 40 years ago! Since that time the character has been through tremendous ups and downs, but her humanity has never faded.

The Young and the Restless Comings and Goings: Is Bille Armstrong Joining The Cast?

The good news is that Maitland’s picture new appears in the opening credits, a sure sign that the show values her contributions and loyalty. Traditionally pictures in the opening credits meant that an actor was on contract. There has been a change to this policy at Y&R, and now recurring cast members will also be seen in the montage.

In case you’re new to the number one rated U.S. soap, we have a few insights into the life of this amazing character!

Traci is the daughter of John Abbott (Jerry Douglas) and Dina Mergeron (Marla Adams). She first appeared in 1982 as a girl who felt in the shadow of beautiful and brainy sister Ashley (Eileen Davidson). At one point she was married to popular musician Danny Romalotti (Michael Damian) which caused friction between her and every other woman in town who worshiped the rock god! She also had a daughter, Colleen who tragically died young.

The Young and the Restless Spoilers: Nick Tells Phyllis There’s No Future For Them https://t.co/1iCzhElkTZ pic.twitter.com/wBDE7CYNzL

The Young and the Restless spoilers – What will Traci do now that she’s back in the Abbott family fold?

There is no solid indication of what Traci may get up to in the coming days and months. We likely will see her involved in family storylines, especially now that her mother has taken a turn for the worse.

She would also be a great mentor for Theo (Tyler Johnson) who has just discovered that he is Dina’s grandson. His road in Genoa City has been a bumpy one, both professionally and personally.

Welcome back Beth Maitland, your fans are thrilled to have you back in Genoa City!

Fun fact: in 1985 Maitland won a Daytime Emmy Award for Outstanding Supporting Actress for her portrayal of Traci Abbott!

The Bold and the Beautiful’ Poll: How Will Zoe Respond When Thomas Dumps Her?

Days of Our Lives Spoilers: Stefano Breaks Up Chad And Abigail – Chabby On The Rocks