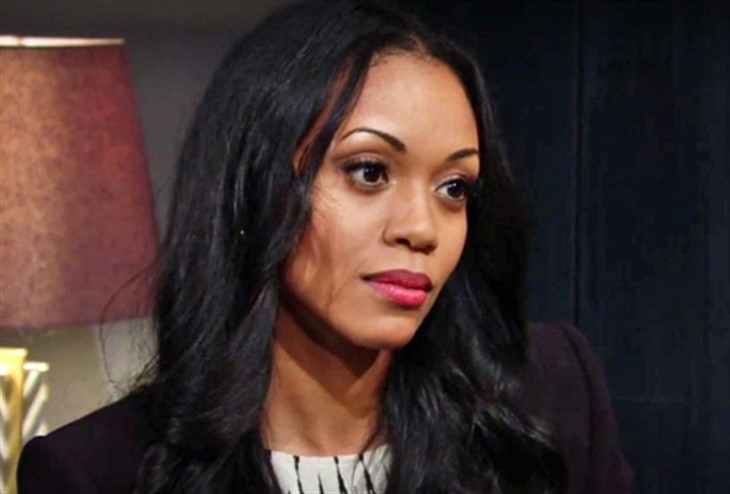 The Young and the Restless spoilers document that in Genoa City, Wisconsin Amanda Sinclair (Mishael Morgan) finds herself in an unexpected position. While Devon Hamilton (Bryton James) and all who knew Hilary Hamilton (Morgan) have long believed that the ladies were likely related, Amanda didn’t seriously consider that reality until Nate Hastings (Sean Dominic) pushed the issue.

The realized genetic confirmation that links Amanda and the late Hilary as sisters created the developing parental backstory pursuit. Devon now becomes the one person who Amanda must bond with due to his vested interest in the topic and unexpected romantic freedom.

The Young And The Restless Spoilers – Elena Dawson Changed Everything

There was no love in Devon’s heart for Amanda because his devotion was to Elena Dawson (Brytni Sarpy). But Dawson’s character broke his heart by becoming involved with Nate. So, one of Y&R’s most endearing couples is over.

Devon had come to think of Amanda with fondness because she is his sister-in-law. So, the person who initially provoked his wrath, by unknowingly doing Colin Atkinson’s (Tristan Rogers) bidding, has become a potential soulmate. That’s quite the one-eighty.

It feels as though Y&R has moved away from a Bamenda pairing. Billy Abbott (Jason Thompson) and Amanda clicked when she initially came to town. They have mutually acknowledged chemistry and were moving toward what was the start of a personal relationship. But Lily Winters (Christel Khalil) gave Billy a recent green light.

The revival of BiLily has been telegraphed for awhile. Lily initially brushed him off, citing their past connection and the need to maintain office professionalism. But Billy’s charm apparently proved irresistible.

But Billy is Billy. So, whatever he and Lily are starting might not necessarily have a long shelf life. He knows that Nate dumped Amanda and whatever she might pursue with Devon hasn’t taken hold.

The Young And The Restless Spoilers – Devon Hamilton Uniquely Positioned

Developing a friendship with Devon at this time is important. Amanda is pursuing leads regarding whoever her real parents were, with Rose Turner (Leslie Stevens) being likely revealed as Hilary’s adoptive mother, rather than one of the lady’s biological parents.

Devon has been forced back to the single life, where he found himself following Hilary’s death. Now, instead of Elena helping him to heal, it appears as though Amanda will.

The current character Morgan is playing already thinks Devon is sweet. As the plot develops she, like her sister before her, might also find him to be a love match.