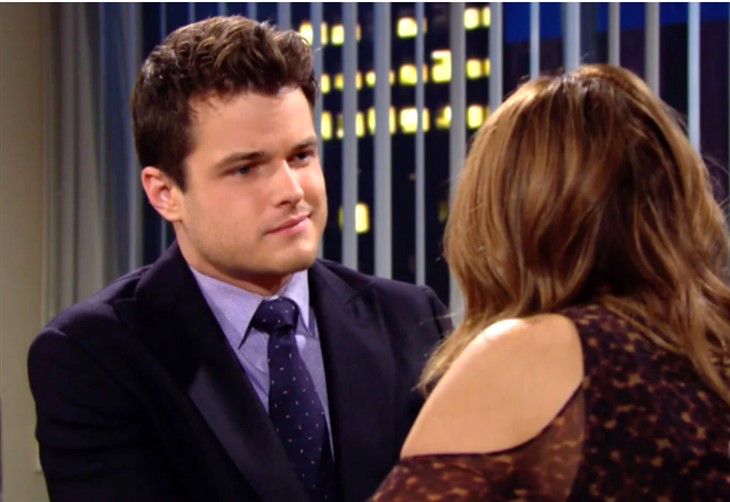 The Young and the Restless spoilers document that in Genoa City, Wisconsin Kyle Abbott (Michael Mealor) can’t do anything right in Summer Newman’s (Hunter King) mind. As Y&R fans can see, this is her way of trying to control the relationship, if that’s what they still have.

There is no legitimate argument about love. Kyle and Summer have loved each other for a long time. They still care deeply about each other now. But being together isn’t working out, again.

The idea of legitimately marrying Kyle, as opposed to Skyle’s first so-called union, scared the wits out of Summer. Realizing that and then being spied on should do more than give Kyle pause. He needs to cut this tie and move on without looking back.

The Young And The Restless Spoilers – The Challenge Of Summer Newman

Summer actually seemed to have matured since she coerced Kyle into marrying her in exchange for the half-liver donation to Lola Rosales (Sasha Calle). The loss of Kyle to Lola, which formed Kola, appeared to have forced Summer to conduct an internal search.

She didn’t couple with anyone else, as Theo Vanderway (Tyler Johnson) was just a surface friend who bonded with her due to their mutual loathing of Kola. Summer’s return to Kyle, after the Kola divorce, was followed by a period of months where Summer and Kyle got along rather well.

All signs seemed good and included the consistent collaboration that Kyle and Summer developed at Jabot. Then, without warning, Summer backed out of their intended marriage plan.

Sometimes in life, people find that they’ve grown apart. It’s a cliché, but one that’s meant to offer mutual respect when it’s used.

Kyle and Summer have histories and are physically attracted to each other. But both plot points mentioned didn’t reference trust. That issue is causing dissension on both sides.

While Kyle knows that Summer is drawn to him, he can’t help but wonder what modest, or even non-existent issue will develop a week from now, or next month? Whatever it is, Summer will probably blame him for it or have invented it.

The Young And The Restless Spoilers – Apology Request Insulting And Denied

Summer actually told Kyle that she deserved an apology for his recent behavior. That singular remark revealed the depth of her self-involvement and inability to see Kyle for who he is.

Kyle does not owe Summer an apology. He owes himself a chance to make a better romantic life. Maybe that happens with a Lola revival, or with Sally Spectra (Courtney Hope). But no matter, all signs point to Skyle being over.

The Young and the Restless Comings & Goings: Deadly Alyssa Montalvo Back, Fan…