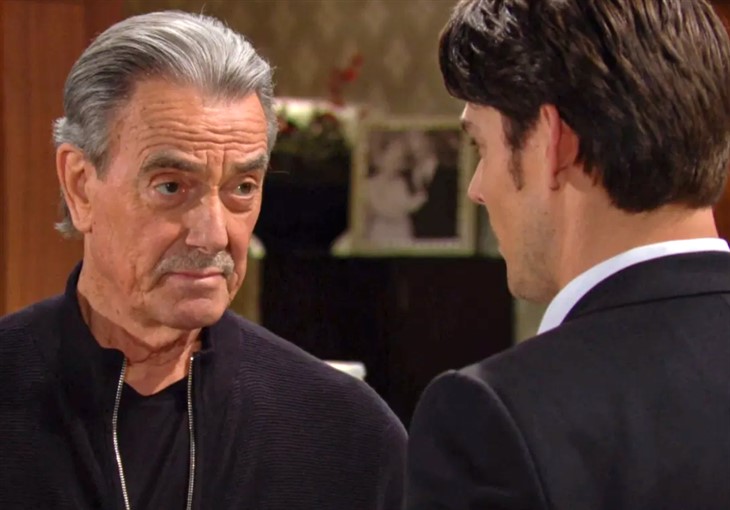 The Young and the Restless spoilers document that Adam Newman (Mark Grossman) decides to not only sever ties with his siblings but also with his father. This latest defensive reaction builds walls just at the point in time when he could benefit from love, or even neutrality.

Victoria Newman (Amelia Heinle) and Nick Newman (Joshua Morrow) don’t want contact with their brother and have lived in Camp Hostility for years. Abby is leery of Adam, but hasn’t clashed with him and stands willingly in neutral territory.

And then there is the one and only Victor Newman (Eric Braeden), who Adam has long pegged as solely responsible for so many of his real and perceived failures. What a crock, as any parent who has a sensitive offspring and longtime Y&R viewers, would know.

The Young And The Restless Spoilers – Kansas Was Handled With Care

Hope Wilson (Signy Coleman) contacted the one person who she had to after Cliff Wilson (David Cowgill) died. Normally, Hope would have asked her husband to handle any crisis that involved his adopted son.

But A.J. Montalvo (Marcus DeAnda) ordered one of his henchmen to intimidate Cliff, which caused a crash and both men’s deaths. That was followed by A.J.’s threat in the dining room of young Hope’s (Maggie Gwin) home on the farm, which is when young Adam (Dane West) reacted and pushed DeAnda’s retrospective character to his demise.

Hope’s call to Victor was made in panic. His quick flight on the Newman Enterprises jet to Kansas served to coverup what happened. Modern Adam’s belief that Victor was responsible for A.J.’s death and his desire to leverage that false assumption into taking control of the family business created a needless problem.

Oh, the Moustache has done terrible things to many people and to his children, including Adam. But Victor is not to blame for the issues that Adam is currently wailing about.

Victor is suffering from Hope’s absence, as has been the case since she died in the late 2000s, which is when Y&R SORAS’d (soap opera rapid aging syndrome) the Adam character from a child to a young adult. Chris Engen (Adam) initially assumed the role, with that version of the character involved in what first was a friendly competition with his dad.

Michael Muhney’s (Adam) era involved many clashes with Victor. Justin Hartley’s (Adam) time on the show ended with Victor trying to help his son escape town and a general rapprochement between both men.

The Young And The Restless Spoilers – Adam Newman Forever Doomed?

It could be that Y&R wants Adam in a perpetual loop, with him forever twisting himself into an emotional pretzel. If that will be the breadth of his arc indefinitely, then even momentary peace won’t be realized.

With Chelsea Lawson (Melissa Claire Egan) ending Chadam and Sharon Newman (Sharon Case) planning to marry Rey Rosales (Jordi Vilasuso) on New Year’s Eve, it appears as though Adam’s doom will continue. But this classic character has twice cheated death and remains resilient. So, no hardcore fans will give up on Adam and neither will his unloved dad.