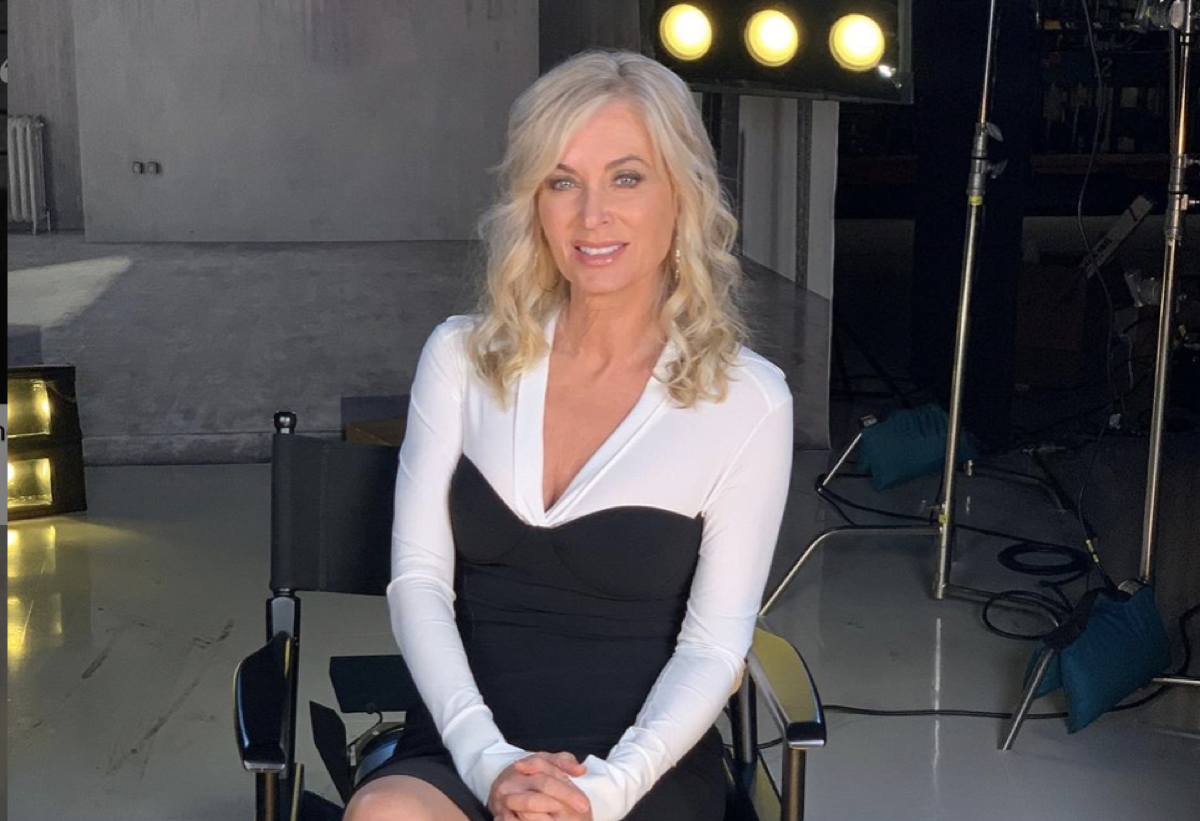 The Young and the Restless spoilers and updates reveal that Eileen Davidson (Ashley Abbott) has an exciting new project to talk about. The Hollywood actress, who is married to the late Dick Van Patten’s son Vincent Van Patten, gets a chance to do a comedic turn in the scripted sitcom Duke of the Valley. According to The Wrap, the show is all about the life and times of a group of fun-loving peeps living in an apartment building in California’s San Fernando Valley.

Duke of the Valley is based on Dick Van Patten’s memoirs so it should be top-notch comedic writing and acting.

The Young And The Restless News Updates

She shared some news on Instagram, letting fans know that the series will be a family effort as her husband and her stepson Duke Van Patten co-created and co-wrote the show.

Additionally, Vincent will direct and produce with some help from Stefan Colson, Kim Waltrip, and his brother, James.

What is Eileen Davidson’s New Sitcom About?

The lovely and talented Davidson plays a character named Brenda who is described as a “washed-up” actor who is having a bit of trouble accepting her fate.

Duke Van Patten plays a fictional version of himself as an aspiring actor trying to hit the big time in Hollywood while staying in an apartment owned by his, “crazy uncle Jimmy,” who is played by James.

Eileen Davidson Stars As Ashley Abbott On The CBS Sudser

Caitlyn Jenner stars as a perfume-seller named Heather and Heather’s roommate is named Fong (played by Thai Fong). There’s also a homeless killer named “Skipy” who is played by Vincent.

This sounds like an incredibly quirky and funny show and we can’t wait to catch its debut. At this time Duke of the Valley is shooting and has its first episode in the can. The show does not yet have a network or release date.

Meanwhile, fans have seen Eileen as Ashley Abbott on Y&R as she and the rest of her family deal with the passing of matriarch Dina Mergeron (Marla Adams). Ashley has a history of hightailing it back to Paris whenever she visits Genoa City so let’s hope that this time around she decides to stay for a while, maybe even spend the holidays in town?